By Chris Jones on January 25, 2008 in British Council, Oscars, Publicity 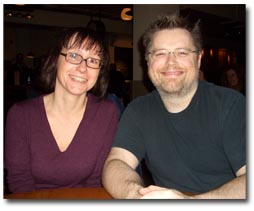 Today, the Film Festival plans for Gone Fishing took their first big steps. I met with the charming Kasia Skibinska from the British Council – she looked relieved whe I saw her as it’s just been reported that the knife hanging over the film department at the BC has (for now) been removed. It’s business as usual… but with a possible reshuffle in the future. Still, she told me, everyone was a lot more comfortable when it was announced today. Great stuff.

So… we discussed the plan s for Gone Fishing, about getting it into Oscar accredidetd festivals (so it is elligable for an Osacr nomination in the 2009 awards), where to Premiere, what other festivals to attend and how to manage it all.

It was an excel;lent meeting and I am delighted with what we disacussed. Kasia also mentioned that it’s quite unusual fo rthe British Council to meet with the film makers before filling out the online forms, but she really loved the film and it stood out. This is terrific news as one of may gold rules has always been ’make somethihng that will stand out…’

I don’t want to be specific about what our plans are just now, as you can imagine, much of it is about pulicity and managing that closely – so I have to keep a tight lid on it for now.

But it’s all good news and we feel confident that we will get some excellent coverage.

Rules, principles and guides…
The week from HELLLLLLL!