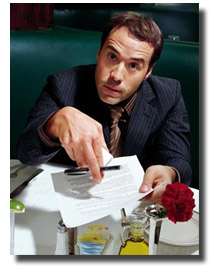 Letter to Gone Fishing
Feel the chill run down your spine…