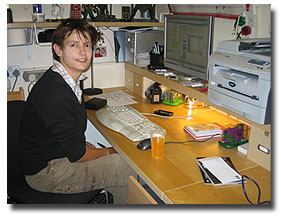 Sara Morrison, who has headed up our festival drive with ‘Gone Fishing’ is leaving to pursue a feature project that she has had in development for some years – it’s been a long slog for her as it’s a biopic, based on an existing best selling book (she managed to get the author involved), but it now looks like she has some traction and it’s time for her to take the leap. We wish her luck and look forward to her premiere!

Serendipity has simultaneously delivered to us Judy Goldberg (pictured).

Judy is a very experienced film maker who spend the best part of decade at Impact Pictures in LA, working on films like ‘Resident Evil Apocalypse’ and ‘DOA’, both of which were edited by Eddie Hamilton (and that’s how I came to meet Judy). While in LA, she co-wrote a feature script called ‘From Beneath Us’ (with her business partner Thorsten Hagemann) which is part of our project slate right now – but we are focussing on a new project too, which for now is under wraps as we are in final negotiations for the rights to the book on which it is based.

This will be a US film and we already have US producers attached, should we get all our ducks in a row and acquire the rights.

For me it’s very exciting as I am back in a co-producing / co-writing team, and every day we make leaps and bounds in productivity. AWESOME!

One Response to It’s all change at Team Living Spirit.