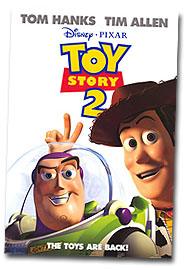 So you want to break into Hollywood? During the Cheltenham Screenwriters Festival I was lucky enough to hear Doug Chamberlin speak on this subject – and Dough should know as he has written loads for all the major studios and TV networks, including ‘Toy Story 2’

I cornered him in the Green Room at the festival and asked him if he would share some of his insights in a podcast, and he was gracious enough to oblige.

Or save to iTunes with the direct download here

As a footnote, I also received a bunch of lovely emails from people who were present at the festival and who responded very positively to my keynote opening speech where I referred to writers as ‘Wizards…’ Here’s a few comments…

‘I just want to start by giving you feedback on your SWF opening speech. As a Welsh writing wizard apprentice – I can report that at the end of your opening I turned to the person next to me  (who I later learnt was another speaker) and said – that your address was the best opening to a conference that I had ever heard. And I go to a lot of conferences (only some to do with writing I admit)…’
Writing wizard apprentice from Abergavenny Wales

‘Great to meet you at the SWF. You’re an inspiration – one of the highlights of my week and I look forward to hearing more of your adventures at next year’s festival!’
Nick

How to get an 01 Visa to work in Hollywood
John Cleese Podcast Lecture on Creativity and Originality: The 5 factors that you can arra...
Listen to the masters, Spielberg, Cameron and Abrams... WOW!
Listen to the Filmmakers Podcast and get film and screenwriting tips
The phone rang, and from that moment, everything changed... PART 2
Short film opens doors in LA for Brit Film Maker