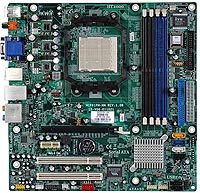 So my Avid blew up earlier this week. And I mean crash bang wallop blow up. Not just a simple software corruption, hard drive fail or dodgy cable.

It’s not the first computer I have had that has failed catastrophically, but in the last decade, computers have become more reliable for sure. Aside from hard drives very recently (I would not recommend USB 2.0 2TB Seagate 2TB drives as I bought two and both failed), I am struggling to think of what has let me down at all.

But this time, the motherboard has died a death. In-between other jobs I have spent endless hours rebooting with different hardware configurations, different Windows installs, even fresh Windows installs, and all fail. Even a good but gentle hovering out made no difference (and you would be astonishing at how much guff your computer sucks in). It’s the motherboard. And so with a heavy heart, I logged onto the web yesterday to buy myself a new home for my Avid Media Composer software. Staggeringly, after harvesting the juicy bits from the dead computer, such as graphics card, mouse, Avid keyboard, monitors, speakers, firewire card and audio cards, the whole new kit and caboodle came in at under £500 including VAT and delivery. That’s with a maxed out 3 GB of RAM, 2 TB of storage, dual core 2.6ghz processor and Windows 7 (though I will need to downgrade to WinXP for Avid MC)… and of course, my eagerly anticipated USB 3.0 controller card (which of course, I don’t have anything to plug into yet!). More on USB 3.0 after I have had a chance to put it through its paces.

On another note, I have continued to get feedback for our Gone Fishing workshop, and just the other day, I received the most entertaining yet! At the end of the workshop, there is a short feedback form (this is how we get our quotes and user rating, which is currently at 98.2% 5 stars from 51 reviews). After asking ‘What was the obstacle that would have prevented you from buying this course? And why did you choose to buy it?’, I got the reply…

‘When I thought about signing up for this workshop, the only obstacle was the possibility of not being able to make a significant film at all at my age of 73! However, as I love making films, I decided to buy the course.’

(And he was kind enough to give the workshop a five star review.)

WOW! So we officially have our most mature delegate, proof that it’s never too late to have a good and solid attempt at making an amazing film. You can read more feedback here…

Right. I have a PC to finish building, software to install, and book to complete!

Top Ten Things To Consider When Mixing The Sound For Your Film In A Professional Dubbing T...
Are you ready for a crash?
How I Cast Brian Blessed, Joanna Lumley and Jack Davenport in my fantasy short, Guest Blog...
Free Writers Tools!
One simple way to massively increase productivity during intense computer usage
HD Hammer Upgrade