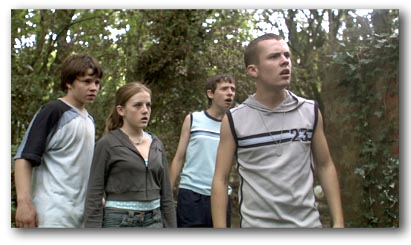 Welcome to another podcast, this time with feature film maker and international sales agent, Julian Richards, about his latest feature film ‘Summer Scars’. As part of this pocdcast, Julian has been kind enough to

share the script with us, so you can read the script and then watch the film (this screenplay was written in MS Word and lead to problems with the timing, something Julian talks about in the podcast – it is also the shooting script, and therefore different to the final edit – this is why it is a valuable exercise to read the script, watch the film an compare the two, asking why some scenes were dropped, cut or modified, and why new scenes may have been added).

You can listen to the podcast with the player here, or download the MP3 and play on your iPod here.

The story is based on a terrifying summer day in Julians childhood. Along with his friends, he was terrorised in the woods by a older stranger…  It’s kind of social realist hoodie horror. The film was made for under £150k and shot on the Panasonic Vericam.

This interview follows on from the one I did a few years back in the last Guerilla Film Makers Handbook, about his micro budget break out success, ‘The Last Horror Movie’. You can read that full interview in the Guerilla Film Makers Handbook (you can buy it here direct form us and get it signed) or you can download Julians interview as a PDF here. Remember the book is 700 pages long, so there is so much more to learn that the goodies from this one interview. 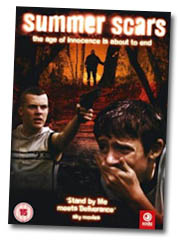 OK so you can buy ‘Summer Scars’ in both the UK and US. Here is a direct link to Amazon in the UK (interesting customer feedback on it).

Remember, if you want updates about these film maker podcasts, join our newsgroup here.

The BBC College Of Production podcast on 'budget film making'
Final Call: Advanced Producing with Richard Holmes this Saturday
Top 18 Strategies and Tactics To Get stuff Free or Massive Discounts
What ONE thing MUST you get right in your next film?
Big Vision: How To Attract Prolific Producers To Your Script #LondonSWF
5 Ways To Get Top Talent Attached To Your Screenplay by JK Amalou

Want to know how to sell a short film? Interview with Shorts International
Building a better home for my Avid…