By Chris Jones on June 22, 2010 in Exam, Screenwriters Festival, The Production Office 0 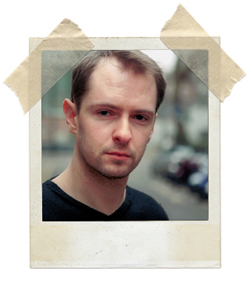 This Thursday (June 24th), on the Production Office LIVE! we’ve got a very special opportunity to give you a taster of what will be on offer at the London Screenwriters’ Festival in October later this year. Put it in your diary now!So we are offering, in conjunction with the London Screenwriters’ Festival, a FREE 90 minutes seminar with Stewart Hazeldine, the writer/director of the break-out British indie EXAM, where he talks about the challenges of making an independent film, why he shied away from lucrative Hollywood writing gigs to direct his first feature and what advice he’d offer to emerging filmmakers.

This offers the opportunity to fully immerse yourself in the experience.  Drop us an email here and we’ll send you over a copy of the shooting script to read. Then go out and buy or rent EXAM on DVD, and finally watch the seminar LIVE on the Production Office on Thursday (24 June) at 7.30pm.

This is a one-time only screening – the seminar will NOT be repeated or be available after next Thursdays LIVE show, so this is the only opportunity to see it. And even though Chris won’t be live, Judy and Pete will be in the chat room as usual, along with all the ‘usual suspects’ from around the world.

Much like the aims of the London Screenwriters Festival, the conversation with Stuart is open, candid, empowering and hugely valuable to screenwriters and filmmakers. How he approached writing the script, pulling the production together, shooting in just one room while keeping it ‘sharp’, casting and distribution is simply fascinating.

So as a teaser, here is the script for the clip above. Read the script FIRST then watch the clip… Cryptically, the characters have no names, only descriptions… like WHITE or BLACK… Read on…

The London Screenwriters Festival runs 29-31 October 2010 at the Novotel Hotel and Shaw Theatre, London. You can sign up below and get £37 OFF by using the discount code livingspirit

Robert McKee on Dialogue, Story and Being a Writer, Podcast
Top Ten Reasons To Come to The 2 Day Masterclass, Your First Draft With Pilar Alessandra i...
Writing and Producing Mad Men: In Conversation With Lisa Albert
Why telling YOUR story is an essential act of creation - both for you and the world
London Screenwriters’ Festival Round Three
Listen to RadioLSF show, October 8th on catch up...