Last year when I held the Guerilla Film Makers Masterclass I thought I would never be able to repeat that extraordinary experience – if you were there, you know what I am talking about.  The atmosphere was electric, partly because we had a packed house of 370 film makers. I was sure that if I ever ran it again, I would never get those numbers a second time around.

How wrong could I be!

So here is your official warning, if you want to come to the Guerilla Film Makers Masterclass next weekend, take action now as we sailed past 300 tickets last week, and are now down to the last fifty seats. 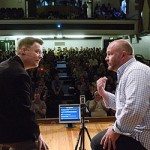 Friday Night doors open 6.30pm (event 7.30pm) Regents College
Pre registration event with Dave Reynolds (Realm Media) speaking about his $100,000 crowd funding campaign for the Under Water Realm. Plus the team behind low budget Brit horror smash ‘Panic Button’ and how they managed to make it and sell it around the world. Two incredible bonus sessions to get us right in the mood (and we will be filming these for delegates who can’t make it). Watch last years session about The Kings Speech here…

‘when I either get that OSCAR or (second) BAFTA nomination or get a film made on the basis of my script that takes $100m at the box office, I’m going to mention you BIG TIME – in fact: I’ll mention you from now, because it has been one of the very best ‘how to’ courses I have ever attended – and this includes the likes of McKee, Truby, Krevolin, Seger, Aronson et al.’
Laurence Gouldbourne- Writer, Masterclass 2011 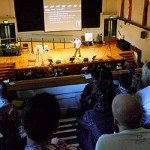 Saturday 8.30am doors open (Regents College)
The masterclass kicks off at 9am and we charge right through overall project choice, company setup, funding, accounts, screenwriting, casting, pre production, cameras  formats… Way way way too much to list here… There are tons of illustrative clips and there is also loads of opportunity for interaction and networking. There is a full breakdown of the schedule here http://www.guerillamasterclass.com/schedule/ 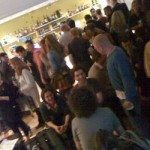 Saturday Night 7.30pm
And we host a networking party with current delegates and past Guerilla Film delegates, your chance to mingle with hundreds of film makers just like you. Collaborations are born at these events, so make sure you stick around for a drink.

Sunday 8.30am
Networking breakfast at the college – and be assured, Regents College do a splendid bacon roll and coffee. I will be there for sure! 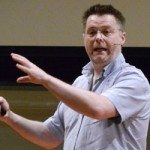 Sunday 9.30am
Day two kicks off with post production, moving through music use, sales, delivery, distribution, marketing, festival, online, new distribution, and of course the YOUR next film and YOUR long term career.

We wrap, exhausted but exhilarated and ready to take on the world at 6.30ish…

‘Wow! What an amazing weekend. I feel like you’ve bludgeoned me to death with information but I want to thank you for it! It was inspiring, fun and useful beyond words…and when I’m doing my Oscars speech I’ll be sure to mention you.’
Diana Rampton – Writer / Producer, Masterclass 2011

There is a fill and detailed schedule here…
http://www.guerillamasterclass.com/schedule/

There is feedback from past delegates here…
http://www.guerillamasterclass.com/feedback/ 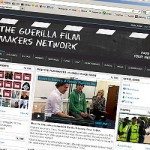 Online network beyond the masterclass
After the event your membership to the online Guerilla Film Network will remain active so that you can continue to connect via the web, as well as get access to all the additional cool film making resources that we will post after the masterclass.

So there it is.

I promise this weekend will transform your career and your movie. It will raise your game significantly and you will leave on Sunday night armed with new knowledge, surrounded by an army of like minded film makers and inspired to not just go for it, but go for it BIG! Take action now!

You can get your pass now with a £50 discount – just use the discount code CHRISJONES when you buy your pass.

Five Important Lessons that I used on my feature film 'The Journey'
'I give it ten stars out of five'... Feedback from the Guerilla Filmmakers Masterclass 201...
Get a job in Hollywood... detailed insight into the dream factory
Lessons Learned On A DSLR Drama Shoot... Day 2 Wraps
What are the five main outcomes for filmmakers attending the Guerilla Filmmakers Mastercla...
Networking With Film Makers… how do you do it?

Working in Hollywood, free 2 hour podcast workshop
How to edit a trailer for your movie… by the guy who cuts trailers for movies!