The second of my entries on the SciFi Challenge from film makers who entered and the lessons they learned… today is ‘Luminous Sky’ by Catarina Oliveira and her team. Here you go…

I first heard about the Sci-Fi London 48 hour film challenge at the Guerilla Film Makers Masterclass. Initially, my idea was to volunteer to join a group as an editor, since that is my specialty. But most people I knew who were doing the challenge were based in London, or were traveling to London in order to do it, and I thought ‘actually, it would be great to do it in Bristol (where I am based)’. This was also an excuse to have a go at directing as well as editing, something I hadn’t done in a while – so I went back to Bristol and told my friends about the challenge. Everyone was excited about the idea, and it was easy to get a great crew and cast together. We had only one pre-production meeting where we decided which kit to use, and defined the best workflow for this challenge. We picked a location, did some camera tests, and braced ourselves.

We followed this set of rules, which I think were key to ensure we all had a very positive experience:

Keep it simple. We picked only one location, one that was 5 minutes away from our main production base; it had on-site facilities, and had different areas that could serve different scenarios (including indoors areas, in case it rained). We had only two actors and not a lot of dialogue. This made the shoot easier, and let the actors focus on delivering their performance without worrying about having to memorise a lot of text. We also aimed to make a 3-minute film rather than a 5-minute one, which meant that our story had to be simple enough to be told in 3 minutes. 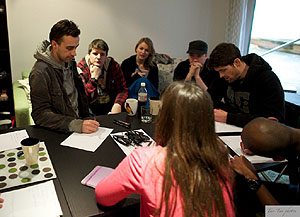 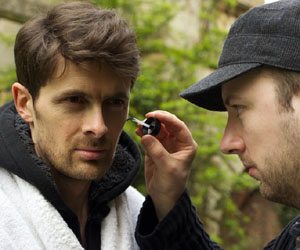 Don’t get too hung up on dialogue. We decided on a story and the role of each character, but did not write any dialogue. The actors knew their characters, so they were able to improvise dialogue. I directed them from there, and eventually we found the right lines for them to deliver at the right pace.

Delegate. Work with people whose skills compliment yours, and don’t be afraid to give up control. Trust your crew and cast. Collaborate. You won’t have time to do everything, even if you’re skilled in different areas of filmmaking. 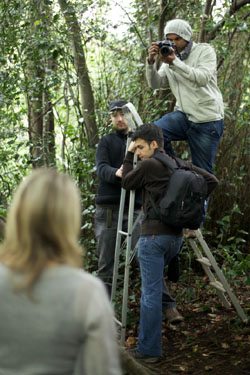 Don’t write a script beforehand (this would be cheating, anyway). Trust that you will be spontaneous and that you’ll be able to come up with a good story on the day. The prompt will help you get started, and I think it’s better to write your story around your prompt rather than try to incorporate the prompt in an already existing script.

Have someone to support your crew while you work. You won’t have time to cook. Ask a friend to take care of this for you.

Make sure your kit is ready, and test your workflow before the weekend. Make sure batteries are charged, cards emptied, etc

LSF 2012 ~ The Opening
‘50 Kisses’... and the winner is...
George Romero dies and we lose a legend... Watch the Making Of The Classic 'Dawn Of The De...
Day Of The Flowers, true Brit crowd pleaser attracts critical acclaim
The Guerilla Filmmakers Masterclass: The Final Chapter... Come for just £69
Joseph Lidster & Louis Savy: Top Tips For Writing Great Sci-Fi #LondonSWF