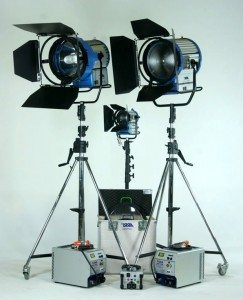 If there is one truth about film making, it’s that there is never enough money time or light...

Following on from the podcast with Leilani Holmes last week when she discussed renting lights that are just too big for the team to use, I thought I would expand on that comment.

Electric power for your shoot is always an issue.

You can’t always just plug a light into the socket on the wall. On most bigger film shoots, the production will hire a generator that can supply power anywhere they can park the genny truck. But they are expensive because you need to hire their operator too. And old generators or ones not designed for film shoots can be noisy, and they are costly to run too. 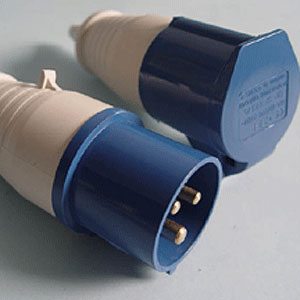 For low budget films though, the reality is that they are going to want to just draw power wherever they are shooting. So how does that work? First, most pro lighting comes with a fitted 16 amp round, waterproof plug which can’t be plugged into a domestic square 13 amp wall socket. You can hire or make jumpers that convert round to square plugs though.

Some low powered lighting, such as Kinoflo lights (like fluorescent tubes), are excellent for low budgets as they draw very little power and give off a lot of light. But if you are really going to ‘go for it’ in a location, hiring in HMI lighting, you will need an experienced gaffer who can ‘tie’ into the house power supply, directly at the source (the power box under the stairs for instance).

They will connect a box called an FDU (Final Distribution Unit) to the house power supply which will mean that up to 15kw of power is now available from one source. Without this box, the largest single light you could operate by plugging into the wall would be a Blonde or a 2k.

And believe it or not, 15kw of power is not much – a couple of HMIs, some tungsten lamps and a few others will eat up most of the power. Then there is the rest of the house which needs power to operate. A crew member switching on a kettle or hairdryer at the wrong moment can often blow a fuse and bring the production to a halt! (keep spare fuses to hand ‘cos this WILL happen).

Also, on locations, if the lighting in a given situation isn’t good enough for a department such as make-up to do their job, the gaffer may also be responsible for getting a ‘work light’ to them so they can do their job.

How much does the power cost then? To use 3k of lighting for an hour would cost around 30p. Now do the math, you will probably burn anywhere between 5k and 15k for twelve hours a day… that’s probably about £1 an hour! Not too bad huh? If you are really organised in advance, you can ask the electricity board to  uprate the supply so that you can draw more than 15Kw of power out of the house too.

Remember, safety is always paramount. This amount of power can give you a fatal zap – it can KILL YOU. The most hazardous situations are outside at night and in the rain, or in locations by a river or swimming pool. Don’t even consider shooting near any water without a trained and experienced gaffer or spark who knows about power and safety.

Everything you need to make a feature film for cinema release
Independent Filmmakers Rough Guide to Aperture, F-stops and Shutter Speed
Have you seen the MOVI? New camera rig for killer shots
Avoid the fetish of 'kit' and allow your creativity to flourish
The Final Cinema Version of 50 Kisses Is AMAZING!