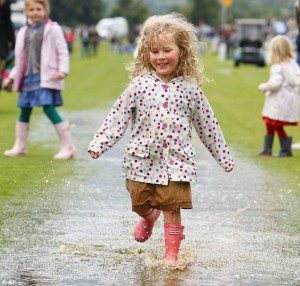 Recently I laid out my plans for the movie we will spend the next two years making. It began with a decision, and ended with a choice. These two words may sound similar, but they are for me, profoundly different, operating on different mechanisms inside our heads.

How The Decision Was Made
First, the team and I spent the whole day offsite, going through EVERY project we had – there were 21 separate scripts / projects. Friend and editor Simon Reglar came along to help add new perspective, and even he had to admit, making a decision was SOOO hard as every project had it’s strengths. So we got out a whiteboard and started rating, comparing and contrasting – each project could be weighed up with advantages and disadvantages such as budget level, development level, genre clarity etc. Eventually the process allowed us to decide on a single film. That film was ‘Transplant’, a body shock psycho horror that was developed in the past for Channel 4 but never produced. Everyone agreed it was a stand out project.

Seven days later and I had endured a rather challenging screenwriting week on ‘Transplant’. For all of the really great reasons we decided on Transplant, neither Judy nor myself went home at night, lay awake in bed and imagined the film. We were making progress, but it was slow and painful progress. I knew we had made the wrong decision.

How The Choice Was Made
I shared this thought with Lucia, my other half, and she encouraged me to go through the process again. But this time, to make a choice instead. I did – looking at all the pros and cons – then threw that all away and made the choice – and I chose ‘Rocketboy’, a rights of passage love story between two young kids. It’s what I wanted to do. Plain and simple. Don’t get me wrong, we needed to go through our difficult decision making process in order to be clear about the real ‘choices’ available to us.

And so the choice was made and we are now full, tilt on ‘Rocketboy’.

Decision v Choice
In life we are constantly faced with options. Sometimes, overwhelmingly so. As adults we often resort to the mechanism of decision making because it absolves us of responsibility.

As children, we make choices. Let’s splash in the puddle.

As adults, we tend to make decisions. Let’s not, we will get wet. And there will be consequences to that.

A decision is the result of a process whereby you weigh up all the options and come to a result – that result is a logical, often pragmatic decision.

We can take comfort in that result because it’s fully thought through and analysed. If it goes wrong, heck you looked at every option and made the right decision – it’s not your fault. In effect, we pass up personal responsibility, laying the blame at the foot of the process. Of course, blame or not, we will pay the price for the decision, just not the emotional price of being wrong.

How often have you heard the phrase ‘I had no choice?’ Those words are usually used when you are unhappy with a decision but go with it anyway, because that’s what we do when we make decisions.

Don’t get me wrong, we do live in a world of consequence, that’s why as adults we should always look to the process of decision making first.

But I often find that after looking at my options and making a tentative decision, it’s best to consider that process merely a way of familiarising myself with the ramifications and impact of the variables, and of making sure you I am not about to do something truly stupid – let’s go on holiday in a war zone for instance. Once I am sure of those major ramifications, I throw the decision out and choose freely like a child. And it’s often very challenging.

Choosing is VERY different to deciding. It’s what you would do if there were no consequence to your action. Again, kids grow up making choices and learn to make decisions. As adults we really do know about consequence – and we fear those consequences, os much so, it can often immobilise us.

Think about it – the word decide literally means kill your options. In latin -cide ‘death’. Decide shares its roots in other lovely word like homicide, suicide, patricide.  It’s not a great way to live life.

In an evolutionary sense, decisions have helped us stay alive – we can quickly weigh up all manner of variables and decide – so they are important to us. But really, how often is a bear going to chase you down the high street trying to eat you? There is no bear in our lives, at least most of the time. We don’t need decisions when it comes to choosing our lives directions, passions, loves… we need to choose like children choose.

So look at your life now – what have you decided not to do?

Remember, decisions KILL off possibilities. Think of something your heart REALLY wants to do, but you have previously said ‘I better not do this because of these reasons.’ Re-examine those reasons then throw them away and see what you choose.

Do you really want to  lie on your death bed and say ‘well I made a lot of well thought out decisions?’ or do you want to ‘work with dolphins’, ‘write a movie’, ‘offer help to homeless people’, ‘insert your own passion here’…

The world of ‘grown-ups’ often look out from their self imposed prisons of decision-making, down at the few free souls running around making choices outside of their tall walls. And they just can’t decide why they are unhappy and why those other people running around outside seem to be SO happy.

I want to be outside those walls, free to choose. Do you?

And so, after all the decision making, even after living with the commitment to make ‘Transplant’ for one week, last weekend I choose not to pursue ‘Transplant’, but to make ‘Rocketboy’. And I now have the spring back in my step.

Have a think now about your life. Make a choice. Something crazy. See what happens.
Onwards and upwards!

Rocketboy Concept Art Gets Investors Excited
Top Tips For When Being Interviewed About Your Film
Actor turns director and gets more traction with short than reel, CV and headshot: Guest b...
How Filmmakers Consistently Climb Mount Impossible... Four strategies to get you on set
Edgar Wright in conversation: One hour screenwriter and filmmaker masterclass
Why story days are essential for your screenplay: Rocketboy redraft nears completion

9 Responses to How I decided to make one film, then chose to make another