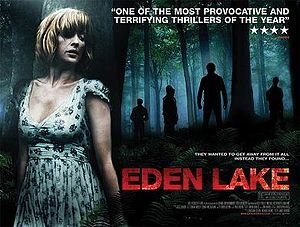 I have just spent the last few days compiling clips and working with Richard for his masterclass this Saturday. Going through his films, it’s amazing just how many he has made, and what an extremely high success rate he has had.

Popular myth puts film successes at something like one in ten. Richard seems to have smashed those odds with ‘Waking Ned’, ‘Shooting Fish’ and ‘Eden Lake’ all yielding very high returns for his investors. At three in ten being hugely profitable, Richard clearly knows his stuff. And he has now created a mechanism where he can make one feature film every year or so… you can watch a clip of Richard discussing his approach here… http://www.advancedproducing.com/

Right now I am working through contracts and documents, redacting the names, but leaving everything else intact. This will mean delegates will also get all actual documents used on a recent feature film.

If you have produced a string of successful shorts or a micro budget feature, and if you are looking to make the next big step, this one say workshop should provide a solid, real world and detailed map for you to follow.

OK, if you want to come, you can sign up here…
http://www.advancedproducing.com

What ONE thing MUST you get right in your next film?
Why producers WILL NOT READ YOUR SCRIPT - shocking case study from one exec
Day Of The Flowers: Ten Tips for shooting in the heat and humidity abroad
Final Call: Advanced Producing with Richard Holmes
Top 18 Strategies and Tactics To Get stuff Free or Massive Discounts
Dragons, Reapers and Guerilla Filmmaking: Turning Writer to Director With My First Short ‘...

50 Kisses SciFi short revealed as feature nears completion
Steven Soderbergh: The State of Cinema… was this his Jerry Maguire moment?