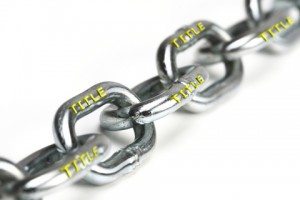 When I completed my first documentary ‘Bangkok Girl’, I was lucky enough to get a broadcast offer from CBC in Canada.  Like most DIY filmmakers, I had waited until a sale before bearing the expense of E&O insurance. So began the long and expensive process of clearing my film. I thought I had done everything right  – I had all the participants and crew sign releases, I acquired the music and I researched the title.

My lawyer’s first question was ,”Where did you get these contracts?”  It turns out that the internet is a terrible place to download contract templates. For one,  I used  ‘work-for-hire’ agreements to secure my contractor’s  copyrights and Canada has no such copyright legislation. Do you know if your country does? Second, I did not have them waive ‘moral rights’ which meant they could  file a law suit  if they felt my use of their creative work affected its integrity. So I had them all re-written and  re-signed. Next, my assumed, and incorrect,  knowledge of incidental ‘fair use’ had me on the phone with corporate  legal departments  for weeks. Finally, the mishmash of contracts and re-signed agreements  bumped up the billable hours  and had raised enough questions that the E&O insurance lawyer needed to view the film – at my expense! The legal costs were $7,000  for ‘Bangkok Girl’ – almost the same as the production budget!  If I did not have a license fee from CBC, ‘Bangkok Girl’ would have been abandoned.

After that, I educated myself and began talking to the filmmaking community about my experience. I  met  dozens of filmmakers who had their films screened in a festival and subsequently offered  a moderate distribution deal that they were unable to accept. Most modern distribution deals for DIY films don’t include any upfront payments. ‘Paranormal Activity’ is a Cinderella story. The $350,000  deals are very few and very far between. The truth is, hundreds of DIY films gain distribution, but the residuals are paid over years as opposed to the one giant payday we are trained to believe in. Unfortunately, the E&O requirement kills a huge percentage of these deals. Without a clean chain of title, the legal costs are extremely prohibitive. Entertainment sites don’t write about that, and filmmakers rarely brag about their failures. One heartbreaking case I witnessed was a documentary about 3 filmmakers touring the Middle East, gathering powerful footage of current conditions. The film screened at HotDocs International Film Festival and was offered several licenses for broadcast. Cleaning their chain of title took so long and changed the film so much that the broadcasters were no longer interested and killed the deals.

After learning the hard way on my first film, I was able to whittle down the legal costs for my second, ‘The Aswang Phenomenon’,  to $650. I understood the contracts I was using and knew how to organize them in a way so my lawyer only needed to watch the film once. When a low budget cable show took one of the images in the film and used it in their program, I knew enough to file a complaint, present  proof of ownership, and recoup 25% of my film’s budget in a settlement.

Since then, I have been on a mission to educate filmmakers and change the growing perception that DIY films are not worth considering for broadcast and distribution.  Distributors have told me that they simply turn DIY films off as soon as the BMW logo, or Starbucks cup comes into frame. Our new generation of creators need to educate themselves. There is a gaping hole in accessible, easy-to-understand information about CHAIN OF TITLE.

To fill this, I plan on launching a free visual resource, which will provide over 50 animated tutorials with the information needed to secure, assign, maintain and protect the copyrights in a DIY film.  This will include explanations by independent filmmakers and entertainment/ copyright lawyers. Filmmakers can learn what contracts they need, why they need them, and what all that legal jargon means.

As more venues for films appear, it has never been more important to understand the chain of title for your film – not only to secure distribution, but to protect yourself from liability.

Top Ten Tips for Crowdfunding Your Feature Film by Stephen Follows
The four principles every creative needs to use when asking for help for their project: Wh...
Five Important Lessons that I used on my feature film 'The Journey'
Amanda Palmer and her TED talk on Crowdfunding, 'The Art of Asking'
Screenwriter and LSF'er Gabriella Apicella on her project 'Honest Lies'
How and why you should consider running a LIVE event as part of your crowdfuning campaign

3 Responses to How to kill your film dead: Terrifying case study and free resource