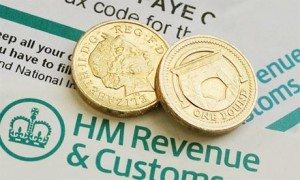 That’s right – 20% of your short film budget can be recouped if you jump through some specific hoops. Of course, all of this is as relevant to shorts as it is micro budget feature films. It’s dry, accounts stuff always is, but it could also be 20% of your budget!

My producer friend Stephen Follows (@StephenFollows) was the first to spot this and he wrote an article for MovieScope, which he has expanded here.

Tax is rarely exciting. It falls between dealing with insurance and music clearances in the top ten things I dislike most about my job. However, it’s a necessary evil and I often have to spend large amounts of time getting to grips with the intricacies of legislation.

Last year I was ploughing through the finer details of the UK Tax Relief scheme when something hit me—there is no criteria for the length of eligible films.

This means that short films can claim tax relief (subject to the other eligibility rules).

I spoke with Dave Morrison, from Nyman Libson Paul, who is at the forefront of UK film tax regulations, having recently completed the tax return for one of the UK’s largest films of last year. I asked Dave if he felt that many short film producers were aware of the tax possibilities of short film:

The current Tax Relief for British films provides for a refund of around 20 per cent of the budget. The rules differ slightly for films over £20m but for this article we will assume most short films are made on budgets under £20m!

Although the prize at the end is attractive, this journey is not for the fainthearted. It requires a large amount of work and a mountain of paperwork. Not all films are eligible and I would advise against first-time filmmakers applying unless their film is truly made as a commercial venture. The HMRC will not approve any claim they do not feel fits 100 per cent within the rules.

Steps in Applying For Tax Relief

Unless you have the time, skills and patience to do it yourself, you are likely to need an accountant to prepare your books.

Accountants are not cheap, film tax accountants even less so! One way of reducing the cost is to get your local accountant to prepare your books and then ask a film tax specialist to complete the actual submission. Dave Morrison from Nyman Libson Paul states:

“Apart from the costs of preparing accounts, the additional cost of preparing a UK Film Tax Credit claim based on these accounts could cost anything from £500 to several thousand pounds depending on the complexity of the claim. A small UK short might be at the bottom end of this range but if the claim is not readily accepted by HMRC there are likely to be further costs in arguing the case”

£500 on the low end may sound very affordable but I would echo Dave’s caveat regarding possible rejection by the HMRC. The application process should be seen less as a form-filling exercise and more as presenting a case.

To be eligible for tax relief, a film must be certified as British by the UK Film Council. This is achieved via the Cultural Test, which awards points for each element they regard as British. Your cast, crew location, postproduction, and even story and characters are considered. A score of 16 out of the 31 available points is required to pass.

99 per cent of UK short films will pass this test as few can afford the luxury of looking to other countries for elements such as locations, crew or post-production.

The completed Cultural Test application form should be submitted along with a shooting script, a synopsis, shooting schedule, production budget, DVD of the film, Chain of Title and an Accountant’s report. All these documents must be up-to-date and complete. (I warned you it was not for the fainthearted!).

Quick tip: Read the rules carefully before starting out as you may find you can save yourself a bit of time in certain areas. For example, if you already have the required 16 points to pass the Cultural Test you can skip the section relating to the Britishness of the writer(s) or underlying material. In doing so, you have removed the need to provide Chain of Title. (Chain of Title is made up of all the documents you need to prove you have the rights to make your film, e.g. writer’s agreements, clearance on existing materials, etc).

Once you have received your certificate from the UK Film Council, you are ready to apply to HM Revenue & Customs.

You’d be wrong if you assumed that the tax regulations are very specific and fully explained. The actual legislation is rather vague in some areas and open to interpretation. In the last year HMRC have published guidelines for these woolly areas, but some ambiguity still exists. A perfect example can be found in the film tax relief. The law states:

This does not say it must have been screened in the cinema, just that you intended it to be. The law goes on to define “theatrical release” as:

“Exhibition to the paying public at the commercial cinema. A film is not regarded as genuinely intended for theatrical release unless it is intended that a significant proportion of the earnings from the film should be obtained by such exhibition. What constitutes a significant proportion of income will depend on the particular facts of each case”
HMRC Guidance FPC40020 – Film Tax Relief: Qualifying films: Intended theatrical release

Hmmm… That last statement is not very helpful, is it? I asked an Inspector at the Manchester Film Tax Unit for more details about the definition of “a significant
proportion” and he said:

The final interpretation will be up to HMRC but I would suggest that if you’re making a no-budget short film with your mates then it’s unlikely to pass this test. However, a short film by professional filmmakers with a track record of festival screenings and detailed finance plans will stand a much better chance. The HMRC may take a number of factors into consideration including shooting format, udget, screening plans, confirmed festival screenings and any deals with sales agents. It’s up to you to make the case.

If you have your sights set on taking advantage of the UK Tax Relief and feel the need to strengthen your application, then you may wish to join with other filmmakers and organise cinema screenings. Hiring a cinema for an hour can be very reasonable, certainly when split between a few filmmakers. If you’re serious about recouping money via theatrical release, then the HMRC will have a hard time disallowing your application on that particular issue.

The final word on this matter should go to the Inspector I spoke to at the Manchester Film Tax Unit:

“The length of the film makes no difference, legislatively, to relief being given; however, we would be concerned that an intention for a commercial cinema release to the paying public could be demonstrated”
Click here for complete quote from HMRC Film Tax Unit

I urge short filmmakers to use this information wisely. False or exaggerated claims to HM Revenue & Customs are a crime and could result in the law being changed. The government is quick to respond to what it sees as abuses in the tax system.

In February 2004, the government overnight and without warning changed the rules of the tax system. The UK Film Council listed over 40 productions that were “directly affected” by this surprise change including Tulip Fever, starring Jude Law and Keira Knightley, which was forced to shut down and has still not yet been revived.

Arguably this case relates to investors knowingly exploiting a loophole in the legislation whereas claiming tax relief on short films can be said to be very much in the spirit of the current system.

It’s my opinion that when correctly applied, the government will not be able to argue that short films claiming tax relief is an abuse. Their aim is to support the British film industry and I strongly believe today’s short filmmakers are tomorrow’s feature filmmakers.

“The Government will change the rules if they feel that there is abuse. I think they want to fund commercial movies rather than hobby filmmaking, so they are likely to tighten up on the type of short they accept if there are large numbers. This may mean new rules, but is more likely to manifest in rejected claims in the shorter term”

If their films qualify, UK short filmmakers should use this information to increase their budgets, provide much needed marketing funds or contribute to future films.

Remember, we are running our EIS / SEIS How To Fund A Film workshop next weekend – get £30 off with code CHRISJONES www.HowToFundAFilm.com
Onwards and upwards!

How to get your film funded using the EIS, SEIS and UK film tax credit, podcast with Ivan ...
Death Ship 666! Docking in Edinburgh... Come see in London now - guest post by Michael Cla...
We are getting there!
How To Fund A Film Workbook
How To Fund A Film... what our delegates got from it.
I am supporting 'Clowning Around', are you?

One Response to Did you know you can get 20% of your spend back for short films using the UK film tax credit?