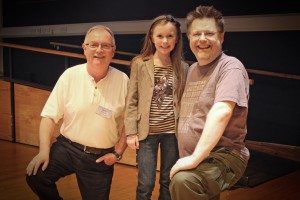 I just had to share the final bit of Guerilla Filmmakers Masterclass feedback from filmmaker and actress Holly Jacobson. Aged 10!

I did worry the weekend might be too intense for her, but I saw her near the front row with her dad, beaming and scribbling notes whilst soaking it all in.

I managed to get a photo with her AND my longest term investor, Exec Producer Dave Hardwick, who was also at the masterclass. With well over half a century between them, it serves to illustrate just how inclusive filmmaking is today. Awesome!

Anyhow…. Here is what Holly thought! 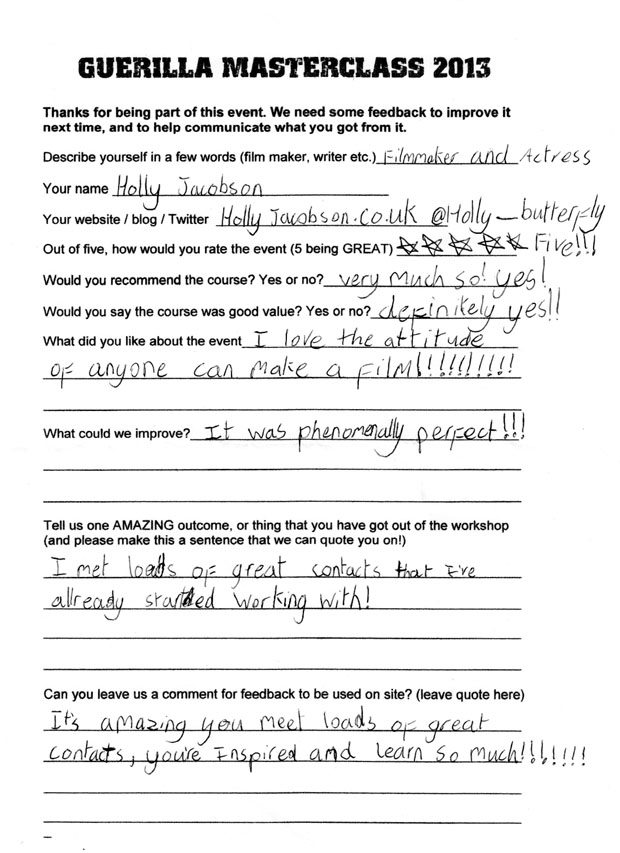 Thanks Holly… see you at the Oscars!

Werner Herzog Top Thirteen Quotes For Filmmakers
David Lynch and the Independent Filmmaker
After years working in the real world finding my life rushing past me faster and faster, i...
John Hughes: Top quotes for filmmakers, screenwriters and creatives who are young at heart
The 2013 Guerilla Filmmakers Masterclass draws closers…
Why complaining to your friends will get you nowhere fast...