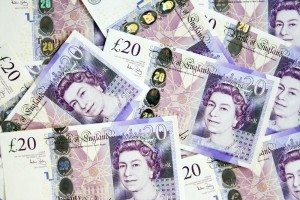 It’s an old film cliché, but no matter the scale of your production, this little aphorism has a ring of truth that any seasoned producer will relate to.

Money is they word here, as with more money you could theoretically buy more time and light. But with more light, will come more crew, which will in turn mean more time, more paperwork, more transport, more food, which will of course mean more money. It’s an exponential equation that all producers need to manage in order to stay on budget and schedule. And budget and schedule are sacred boundaries that should never, except in exceptional circumstances, never be traversed.

So what is the best way to squeeze as much bang out of every buck? It’s part philosophical, part practical and part creative. The philosophical stuff – we have very little money – creates practical rules – we can only shoot for nineteen days, not twenty – which will impact upon the creativity of the film maker – we gotta cut six pages of script! In an ideal world, everyone would understand this and therefore work their respective departments within sensible and well judged financial boundaries, with a small margin for error for unforseen problems.

Indie film making is almost always about compromise, you just need to know how far you can compromise and when not to compromise. We have all seen bad horror movies where the big compromise is the monster – you wait all the way through the movie only for the monster to be partly revealed (a good compromise if your monster is rubbish), the monster to be fully revealed (a bad choice if your monster is rubbish), or the plot twists to reveal there is no monster at all (a bad compromise as the audience has just spent 90 minutes waiting to the goddamn thing!) So what’s the answer – don’t compromise when it matters, in this case, on the monster. It’s about choosing your battles in order to win the war. And the war is one of getting enough useable, credible and at best, excellent coverage. You need to get the script, the whole script, shot in the best possible way, utilizing whatever cash you have to the very maximum.

Before we get into this, just let emphasise, it just simply isn’t worth your time, money and energy to make a film unless the screenplay is as good as it can be, and unless the level of cast is as good as you can achieve. No matter where you have set your sights, I say RAISE THEM HIGHER!

So in no particular order, here come a number of commandments for indie film makers, in order that they complete their movie on budget and on schedule. Remember, wasted money equals shots you won’t get later.

Final thoughts
As a final note, remember to plan your career. When you make a movie, players with power may say… ‘Cool movie, so what’s next…?’ You and your film are hot for a short and finite period of time and you need to go through those now slightly ajar doors, before they shut again. The problem with low budget films is that they drain you of so much financial, emotional and spiritual energy, that you don’t have anything left at the end. So I suggest, making your first movie is the easy part, surviving it and having the energy to continue and climb upward is the tough part. Good luck and I hope to bump into you at the Oscars next year!

What's the secret to getting through a huge script on limited resources?
How To Fund A Film... what our delegates got from it.
Networking With Film Makers… how do you do it?
Why costume, makeup and production design is so important to your film
A Masterclass In Microbudget Film Making - Interview with 'Paranormal Activity' writer and...
Advanced Producing with Richard Holmes, what delegates said

An actors guide to producing: Cast yourself in the lead role
Meet an actor for coffee, find out you have amazing chemistry and write a film to fit your dynamic as a partnership!