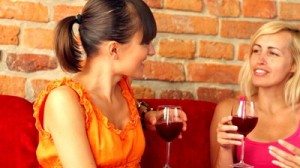 I get why this happens. When shooting, we often don’t have the resources to create the world for the scene, so we stand our actors against the wall and create the world with sound effects, cutaways, occasional extras and sometimes explanatory dialogue.

In a worst case scenario, this will work. Of course you then need to rely entirely on performance and script and hope the audience remain engaged.

But if you can, try and create a world beyond the actors. Spaces with depth. 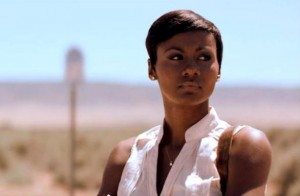 Fully budgeted movies do this all the time, they can because they have the resources. Even low budget movies shot in the woods can do this, it’s one reason why shooting low budget in the great outdoors often creates a better environment (not withstanding rain, production resources like loos etc).

Short films can often manage good locations too, because the shoot is in a single focussed burst and you only need to find a couple of locations, and so you can get it right. And if you do need to shoot against a wall, you can get away with it in a five minute short. In a feature film, that will quickly become visually fatiguing if it’s done over and over.

Low budget feature films is when it shows most – long dialogue scenes shot 18 days into the shoot, when you have gone over budget and over schedule, and the locations have fallen through.

At this point, it’s often a war of coverage to just get it shot.

Even then, I suggest you beware of the greatest sin of all (and I have committed this one myself) White-wall-syndrome. Everywhere you look there are white or beige walls. It might make a lovely minimalist world in which to live, but it kills the aesthetics of your film dead. Try and keep the background interesting.

Look for spaces that have depth and detail, but remember, you might need to dress and light that extra detail, not to mention put human extras into it.

Look for spaces with increased clutter (books, shelves etc) and tune your characters into these spaces, making them look like they really inhabit these spaces. Some locations lend themselves to this – churches, libraries, classrooms. Others don’t – nightclubs (need extras), new build homes (dull dull dull), many offices (though not all).

Keep a look out for windows – large ones may cause lighting problems.

Keep an ear out for sound, it’s no use having a great location if it’s by the side of a motorway, unless you plan to revoice your actors in post production.

Consider moving scenes outdoors, you can shoot on longer lenses and crush the background using depth of field, creating a more cinematic image.

And finally, you can always move in closer to your actors – better to fill the frame with an expressive human face than a dull beige wall.

Screenwriter and LSF’er Gabriella Apicella on her project ‘Honest Lies’
What can story tellers learn from Andy Murray?