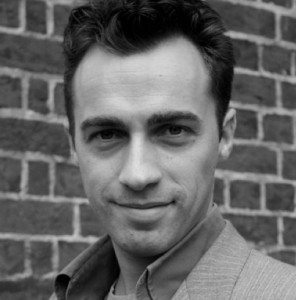 I’m running a crowdfunding campaign at the moment. and I have to say it’s kind of scary and exciting at the same time, because I DON’T KNOW if it will work or not. Succeed or fail, I will still come away from it with: a great experience, more Facebook likes for my project than I had before, and great satisfaction from knowing that other people know that I took a risk in trying to make it happen…

But no campaign is worth doing unless you have a great video (we are filmmakers after all!) What does a good video encompass?

This is what I learned from making mine:

1/ Basics – what your video should clearly communicate

What is the project all about?

Why you are making it, and why you are passionate about it and how do we know you will commit to making it?

Why do you you need this much money?

Why should I support you right now?

How will you spend my money?

Are you making a ‘straight’ pitch video? Or something else? If your video went viral, you could get extra eyes on your project which means that the project will promote itself. The videos that end up going viral usually have a very well-honed pitch within them, even if it’s hidden behind some ingeniously entertaining filmmaking device (see ‘The Body’ by Kenny Gee). The tricky thing is, no-one can force something to go viral… Perhaps a better way to think of it is: ‘could this be remarkable?’ I.e. is this ‘worthy of remark’? People want to share things that are interesting enough to be worth the time it took to watch them. Simon Griffiths starts the ‘Who Gives A Crap’ campaign to launch a new eco-friendly type of toilet paper by vowing sit on a toilet on a webcam until he got backed. He may be crazy – but you have to admire his commitment.

3/ Making the video – some thoughts:

What can you do to catch people’s attention and engage people? What audio / visual content do you have at your disposal, or could you create to strengthen your proposition? Got any previous films you can show clips of? Got any artwork? Storyboards? Other? (Content that you have the right to use of course)

Nobody likes long movies, or to quote Chris Jones from the (excellent) Guerilla Filmmaker’s Masterclass weekend: ‘no-one ever complained about a movie being too short’. Don’t we all check the duration of a video before / as we click play? Of course if your video is insanely entertaining then people will keep watching but I reckon under two or three minutes is ideal.

This almost goes without saying – almost. As with all filmmaking, sound is 50% of the quality of your video. Its a lot easier to record good sound at the time of filming than to do ADR later. Bad sound is a rookie error and makes you look incompetent. Don’t do it.

British filmmakers often shy, mumbly types. Don’t be that! Be honest & clear, confident but not cocky. Don’t worry if you aren’t a natural on camera: practise in front of the mirror, record yourself on your phone then watch it back and see how many ums and errs you could do without. THEN show your best version for feedback – preferably with people that don’t need to be nice to you… I guess it’s akin to going for a job interview – you want to present yourself well and be positive about your prospects. In terms of communicating your passion for the project: imagine you are describing the project to someone that has no prior knowledge – but you are really excited to tell them all about it.

You might well be a team of people, but even if not you’ll want supportive filmmaker friends to help you make the video. The ‘I Am I’ team ended their video by all getting into bed together and saying ‘come get into bed with us!’

It’s not about you, it’s about them.

If people don’t understand why their contribution is crucial to the success of your campaign, they won’t bother.

Beyond that it’s just a case of preparing thoroughly, getting on with it, but not rushing it. Like any filmmaking basically.

Case Study: I Am The Prize – Comedy Feature Film about Pick-Up Artists.

As film is a comedy, I initially brainstormed lots of different ways to have wacky comedy antics that would make people laugh and not only want to back the project but also share it around. However, i eventually decided to keep it simple and direct (and short!). Was this the right choice? Tell you after the 12th January… The video is mainly me talking about the project in an enthused but (hopefully) not cocky way. My Executive Producer (the inestimable Stephen Follows) described it as ‘enrolling’, which nice. I’ve inserted clips from my films because I hope this demonstrates a consistent / tangible interest in the subject matter.

I shot the video several times, got lots of feedback from filmmaker friends along the way – asking if it was clear, asking what else they wanted to know or see. You’ll notice a big voiceover section in the middle of the video, which was created in post. It does give a change in audio, but people don’t seem to mind – possibly because both sections are relatively clean and discernibly my voice.

There was initially a section saying ‘If I don’t hit my target I’ll write up my experiences and share them with everyone’ but I cut that because it brought in a negative side that the video just doesn’t need.

Veronica Mars on Kickstarter – is it good news for indie film makers?
Are you breaking the law by running a Crowdfunding campaign and not declaring your income?
Screenwriter and LSF'er Gabriella Apicella on her project 'Honest Lies'
LSF volunteers Tila and Patrick had all their money stolen by a devious con-artist and are...
Amanda Palmer and her TED talk on Crowdfunding, 'The Art of Asking'
Something for the weekend? Empire of Dreams - The Story of the Star Wars Trilogy, 2 1/2 ho...