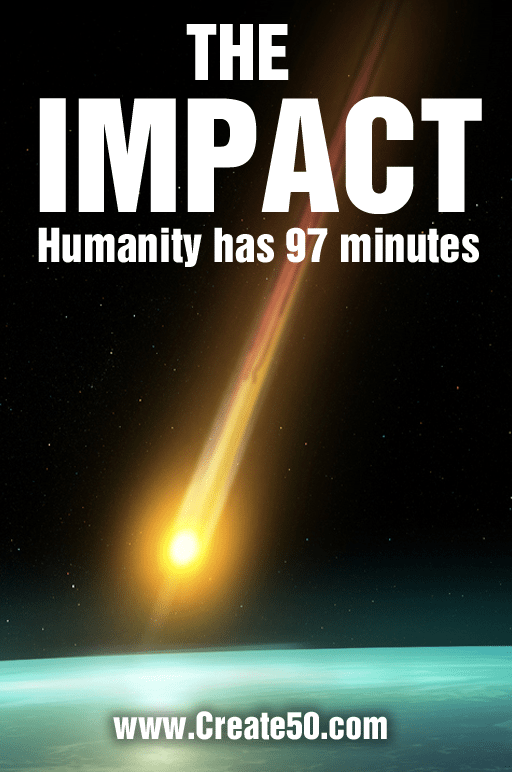 We have launched our new web platform for Create50 and also the first new initiative, ‘The Impact’.

How would humanity respond to the news of an impending asteroid impact that would eviscerate life on earth? With two hours left, what would happen?

Can you write a two page script for the feature film that will unfold in real time onscreen? Hollywood legend Joe Eszterhas thought it was such a great idea, he wrote the first two pages for us! The winning 50 will share a screenwriting credit with Joe. How cool is that!

Here’s how it works.

Read the storyworld rules on the homepage for ‘The Impact’ (HERE), then write a two page script and submit it. You will need to create an account to do this, which is free and submissions are £5. You will get peer review on your work and offered the opportunity to redraft based on this feedback (no fee for redrafts).

You will also be invited to read and feedback on other scripts too. 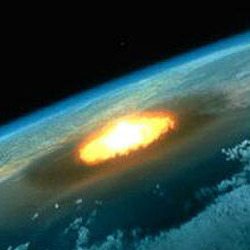 Once the deadline for scripts closes, we and the judges (and you will not believe who the judges are) will select the best 50 scripts and release them to filmmakers around the world.

The filmmakers will then make the scripts and submit them to the process. Like the screenplays, they will be offered the opportunity to get peer and producer feedback, after which they can reshoot and reedit their films. Once the process closes, we will select the best films and edit them together to make the feature film ‘The Impact’.

We already have one major UK broadcaster on the hook and have distributors and formers heads of drama at Ch4 as built into the core team for ‘The Impact’. 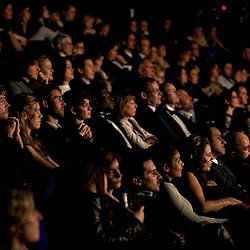 Our aim is one release date on broadcast TV, in cinemas and online. Globally.

Why did we choose ‘The Impact’?

Simply put, everyone we have pitched it to has said ‘yes, we want to get involved’. Interest from UK broadcasters and international sales agents has solidified our decision.

Why the £5 submission fee? Create50 is an enormous amount of work. We need to claw back some of cost of the time, money and resources we have already invested in creating this opportunity and web community. It’s that simple.

Get involved! It’s going to be epic.
www.Create50.com

And if you know designers or composers, we are also accepting submissions for music and posters.
http://theimpact.create50.com/theimpact

UPDATE: We already have had music submitted to ‘The Impact’ so head over and get listening.
http://theimpact.create50.com/music

Writers, what are you doing this weekend? Why not…
Get YOUR 50 Kisses Poster Now
Science Fiction on a micro budget - Neil, submission for 50 Kisses
‘50 Kisses’ – have you chosen your project yet?
50 Kisses at BAFTA for the Guinness World Records, the video
50 Kisses: The poster designs are in.... which would you choose?