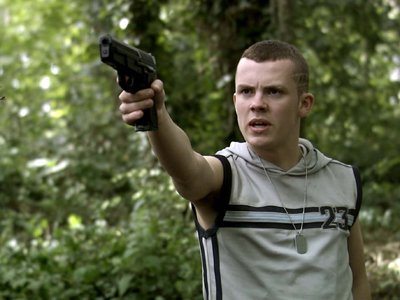 I am just helping a good friend of mine complete his fourth feature film, Summer Scars, shot on DVCProHD Vericam. It looks terrific and it’s now a very tight drama, but two things have resonated while working through these final technical stages.

First, Julian, the director, has worked his way through three editors in order to get to the best possible edit of the film. When I hired him an Avid, it was last August and he took it for an eight week edit. It’s now March the following year! This isn’t because the film was a mess and needed unpicking, but because Julian was determined to get the best possible story out of the material he shot. As he would say, ‘it’s tighter than a ducks arse!’

Second, it was shot on DVCProHD and more material was shot than if it were shot on film, thus adding much more work in post. I was astonished at how much media this created on the computer. Working at SD (not HD) for the offline, the system now has 2 terabits of storage (to accommodate grading mix downs, extra audio, audio mix downs etc.) and moving that amount of data around is time consuming to say the least. Two terabits, and it’s still at SD!

How to recut your movie – mini masterclass in under ten minutes!
A Career As A Film Editor: The Strategy and Tactics for Success
Inspirational Podcast: Editing 'Mission Impossible' with Eddie Hamilton
Editing Meet the Nativity and getting to the final cut by Christopher Frith
Colour Grading Your Film – Top Nineteen Tips For Working With The Professionals