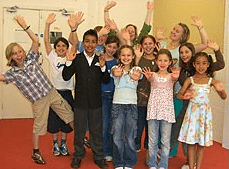 Yesterday I spent the whole day auditioning kids. With the help casting Director Catherine Arton, and her two helpers, Sammy and Janna, we managed to get through an astonishing 65 children.

We worked in small groups, which Sammy would take through their paces with fun and games ‘warm up’ routines. In this first stage, the real extroverts began to shine. Mums and Dads were held in another room next door, so Catherine and I rarely had to deal directly with them – this was a real advantage as just keeping focussed on the job was hard enough without having to deal with proud parents.

Once warmed up the kids all did a little piece to camera, starting with their name, age and agent. Then we had a little chat about the film and the character, and they did a little performance.

Things I noticed when casting…

Picture Locking ‘Seeing Him’
ROCKETBOY may be fuelling for take off!
Frank Spotnitz on the Writers Room Dynamics and 10 Pieces Of Supernatural Advice
The Sky Is The Limit
Gone Fishing on Korean Fishing TV channel!