By Chris Jones on December 1, 2007 in Film Production 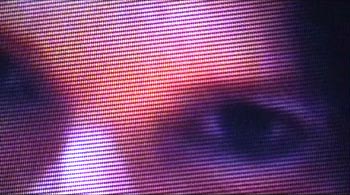 My friend, writer and film maker, Guy Rowland, has worked on several projects with me – including a script polish on ‘Gone Fishing’. He made his first movie a few years back, and it’s an extraordinary tale of what happened… I add it here as Guy is doing a pioneering release on Dec 28th… Here’s what their PR guys had to say…

Have you ever heard of a film whose leading actor died BEFORE principal photography?  However implausible it sounds, it is the true story behind the British Independent Film Award-nominated Sam Jackson’s Secret Video Diary. What’s more, just as the production is unusual, so is the release – it will be the first ever movie to be given the Radiohead-style “pay-whatever-you-like” download treatment, and it premieres on December 28, 2007.

The film is written and directed by Guy Rowland, a long-time Living Spirit collaborator who most recently pitched in on the script for Gone Fishing. The unbelievable story of the production begins when Guy directed the unknown but brilliant Posy Miller in a TV promo made back in 2002 in total secrecy.  The idea was to interest TV execs in their one-woman phone dating microdrama script (intended to look like a real video diary).  Tragedy intervened, however, with Posy falling very suddenly ill and dying of acute leukaemia on Christmas Eve that same year.

At the funeral, Guy and his small production team met Posy’s family and friends, who had known nothing of the project.  When they saw the 18 minute promo tape, they unanimously felt it Posy’s best surviving work (she was primarily a stage actress).  Sadly, however good the fragments were, there was no way to turn them into the finished story – being merely a promo, there was simply far too much missing.  However, Guy eventually hit upon the idea of writing a totally new story about the search for a missing person, which used the existing fragments as its core.  Taking the form of TV documentary, a friend has discovered the video tapes… will they provide the clues as to what really happened to Sam Jackson?

With the family’s blessing, the script (a writer’s ultimate challenge to be sure) was written over nine months, and filming and editing ran through 2004-2005.  Eventually the film premiered at Raindance, garnered great reviews (“impactful, heartfelt and courageous” said the BBC) and eventually the production team got their British Independent Film Award nomination. However, commercial music used in Posy’s footage meant a full 2 years elapsed until the music rights were cleared… taking us up to December 2007, and the fifth anniversary of Posy’s untimely death.

The film will be released as a download, along with the movie’s companion – a feature-length documentary chronicling the whole extraordinary production (Beyond Fiction: Posy Miller and the Story of Sam Jackson’s Secret Video Diary).  20% of anything the small production company makes will be donated to Leukaemia Research, in memory of Posy, and Missing People, who helped in the film’s production.  I understand that the producers are also hoping to donate even more if they make their budget back.  And don’t forget – you can decide how much or how little you want to pay for it!

This is about as an unlikely movie as you will ever see, and against all the odds, the reviews were right – it is a brilliant piece of work in its own right (we know, we’ve seen it).  You heard it here first… now spread the word!
————————————————————-
This will be an amazing chance to see how this new model for distribution works. I am sure Guy will give us all complete access to his figures, how he did it, and how viable it will be for us all.

How to best use library music for your film – top 8 pitfalls to avoid
Reflecting On The Year… And why need to celebrate more
Top Ten Tips For Making A Contract, a Film Makers and Producers Guide
We made an Xmas movie and you can watch it now...
14 Things I Learned Making An Epic Fantasy Feature Film On A Low-Budget
How is your project represented when you move from online to the real world?