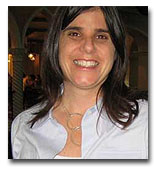 A few days ago I promised a free podcast with Indie Film Distribution guru Stacey Parks. Well here it is! I recorded this two hour seminar last May with Stacey, at Ealing Studios. Stacey pretty much came straight from the plane and had a great deal of insight to share with us all.

If you liked what Stacey had to say, remember she just published her first book, The Insider’s Guide to Independent Film Distribution

, which you can get at Amazon here.

And then there is the very special offer she made to help us with the Oscars push… If you missed it the other day, here it is again.

Stacey Parks, distribution guru, has contacted me about her Self Distribution Kit for Film Makers and pledged to give us half the funds from every sale toward the Oscars campaign! What a terrific girl (she also knows that whatever I learn on the journey I will share with her and other new film makers, so its in her interest too). I recorded a PodCast with her earlier in the year and intend getting that up and online in the next few days. Watch this space. 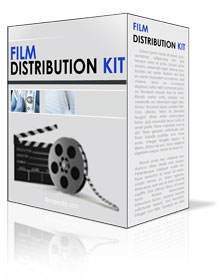 The NEW AND IMPROVED Film Distribution Kit now ships to you directly to you on CD-Rom!  Gain access to over 150 hand-picked distributors in 39 countries for you to submit your films to. Get information on the type of distribution deals you can expect from worldwide distribution deals. Project revenues for you film and much more.This kit costs $99 and ORDER BY DECEMBER 18 AND RECEIVE FREE SHIPPING! Click here for the special discounted rate…

Remember, 50% of each sale goes directly to Gone Fishing.

Should you distribute your short on DVD and BluRay? Guest blog from Danny Lacey: 10 things...
Selling your movie direct on DVD...
Making Feature Films For No Money: How I Made My “★★★★ Intense and Tender Psychological Th...
The Film Festival Marathon Runner!
Press Pack Revamped!