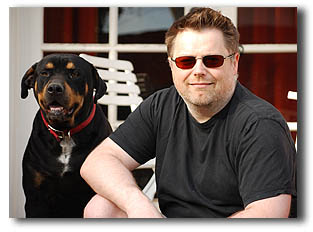 I have been back in LA for a week now (after Sedona) and must admit I am feeling a bit guilty as I have not done very much in that week. I have kept myself busy with all sorts of ‘house keeping’ (emails, festivals etc.) that has been piling up, dealt with a massive virus infection on my PC, and watched (horror of horrors) American Idol as Gen and Zee who I am staying with are addicted!

Most of all though, I think my body just said STOP! You need to rest some time, and being away from the office and the phone, has allowed me to relax a little. I am sleeping long hours and like a baby too. But the clock is ticking, and it’s time to get that can of French Roast Coffee brewing and reboot into action.

I was in the car with Gen yesterday, discussing the problems they (Gen and Zee) are having on a reality show they are working on right now (a little bit like Dog The Bounty Hunter for those who have seen that show), and I will paraphrase the conversation… ‘So the network likes the show, but they like one episode very much, the one with the midget, and we need to get the midget back…But shoulod we do it this season or next?’ And it struck me there and then. This would never be the kind of conversation one would ever have in the UK over coffee with some script development person. ‘We like it but we need more of the midget…’ I pointed this out to Gen and she laughed. Up until that point this had been a terribly serious conversation. It’s a business over here, and a serious one at that. She also pointed out that he is not a midget, he is a 'little person' and that as an actor, he was one of the most lovely people on the show. If I am lucky, I may get on set and do a webisode of them in action on the streets of LA.

Other stuff… I hope to have some Agent / Manager news in the next few days… Watch this space.

The pic here BTW is for an Australian newspaper interview I did a few days ago over the phone. It’s Gens dog, Crunchie who has taken to sleeping with me. It’s the start of a beautiful relationship!

The phone rang, and from that moment, everything changed... PART 1
Foster / Hollywood Update
Listen to the masters, Spielberg, Cameron and Abrams... WOW!
'Swinging With The Finkels', Inspirational Script to Screen with Jonathan Newman
From the archives: Writing 'Iron Man' and 'Children Of Men' with Mark Fergus
And the award goes too… ALL OUR ASSOCIATE PRODUCERS!
Starbucks is my new office!