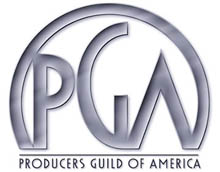 B3 – The New Big Bang: Participant Content and The Future of Storytelling Sponsored by Plymouth Rock Studios  06-Jun-09 02:00 PM

B5 – The Independent Producers Roadmap To Videogame Development 06-Jun-09 05:20 PM

UPDATE – I have also just found out that we are up against four other short drama’s for the short award. I had not heard of any of them, but here they are, with what I know…

Lucifer – According to IMDB it cost $3.5m which is astonishing (if true). There is a link to watch it here on the official site. It certainly has the production values!

After the Storm – When a catastrophic hurricane rips through Florida, it leaves in its wake a wasteland of matchstick trees, overturned cars, and shattered lives. Afraid to leave his home unprotected, Perry, a dedicated family man, weathers the storm only to find himself stranded with his wife and child in the threatening aftermath. As Perry struggles to salvage what little remains, his insecurities slowly tear at the fabric of his marriage to Patrice, who wishes for nothing more than to celebrate their survival. But as tempers flair, the couple soon discovers that the storm was only a prelude to an even darker fury ahead.

A Son’s War – Prague, 1939. The true story of Jan Wiener, a young Czech Jew struggling to survive at the outset of Nazi occupation during World War II. As the German army tightens its grip on the city and danger grows ever closer, Jan is ultimately forced to choose between his freedom and his mother.

Snowyville – I can’t find much about this, aside from it looks like an animation that has been developed into a feature film.

Meet The Nativity Wins 'Best Festival' Film at 22nd Jerusalem Awards at BAFTA
The London Screenwriters’ Festival to receive £42,015 from second round of the Government’...
Video Postcard from the 50 Kisses Premiere
50 Kisses HUGE Box Office Success... The numbers are in!
There and back again… The Producers Guild Of America Producers Challenge!
Anvil at 32,000 feet

2 Responses to Producers Guild Of America Producers Challenge… my itinerary