‘People laughed at the end of the screening, and we thought huh, this isn’t funny is it? It’s an indictment of human greed…’ Said co-director Olly Williams, proving that artists don’t always know what they have created.

If you have not seen it, do yourself a treat now and watch this two minute gen above, of click the link here to YouTube (rember to click the HQ and full screen buttons). I interviewed the film makers (Phil and Ollie) last week for the upcoming Guerilla 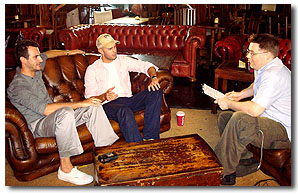 Film Makers Pocketbook. What’s incredible about this short is that it has generated nearly 6 million hits on YouTube, and the boys who made it, are now seeing revenue from that success. By their own words, it’s a fraction of a penny per click, but when you are in the millions of hits, that all adds up. More on maximising YouTube will be in the book.

The Black Hole also won the Virgin Media Shorts competition last year which meant the boys were able to go off and shoot another movie with the £30k cash prize… It’s going be a tough act to follow.

It’s only fitting that it’s American Independence Day
And it was all going so well... Or was it? Filmmakers, Screenwriters, Creatives... Are you...
Congratulations to the 25 Selected Authors in our Father Christmas Bedtime Stories Book
Exclusive Interview with Christopher Nolan and Emma Thomas from our Guerilla Film Makers A...
Can you write a 500 word children's bedtime story for Christmas?
Film Festivals Paying Short Film Makers
Interviewing Eran Creevy about 'Shifty'