By Chris Jones on September 1, 2009 in Courses, Podcast, Screenplay 0 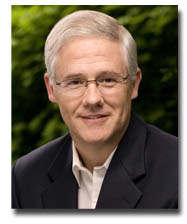 I just recorded a half hour podcast with Hollywood Script guru John Truby, ahead of his workshop in a couple weekends time, here in London. You can listen to it below.

If you liked what John had to say in this podcast, you will have a great time on his class – I did it four years ago, and alongside learning heaps of new stuff, I also made two new friends who I still collaborate with today.

Deal Number 1 – Johns course costs £250 plus VAT, but if you sign up with us, we will send you a free copy of any of the three Guerilla Film Makers Handbooks (which sell for £30 normally, or any one of the other three titles including the Documentary Handbook, The Hollywood Handbook or the Movie Blueprint). So just £250 plus VAT including the book for free. Click Buy Now below

Deal number 2 – For £275 plus VAT, you get John’s course (RRP £250) AND our two day workshop, making the world class short film, about our journey to making an Oscars contender (which normally sells for £69.99 inc VAT). It’s currently getting off the scale feedback which you can read here… So that’s TWO full weekends of world class workshop, and ours you can take over and over again as its online (14 hours of video). So that’s just £275 plus VAT. Click Buy Now below.

There is more information about the Gone Fishing workshop here. 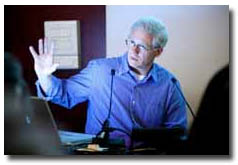 OK, so here is more info about Johns course.

If you think you know structure from what you've done in the past, think again. Old structure taught in old structure classes doesn't work. If you've read the books, taken the courses and did everything they said, why didn't it work? Because, what you were taught was wrong. Nobody buys old style, tired and obvious scripts.

Truby's 22-Step Story Structure paradigm is the most modern, exciting approach to storytelling to be developed this generation. His approach is flexible and dynamic, and enhances stories that have been written for the 21st century. His tools for writing are considered in America to be the most advanced and the easiest to understand. No screenwriting instructor works with more established writers.

John Truby's 22-Step Story Structure creates the new scripts that are fast-paced, powerful and more exciting than three-act scripts. Top professionals use fundamentally different tools than amateur writers. Yet most books and courses on screenwriting teach a one-size-fits-all approach, useful only to beginners. Isn't it time you stepped up to the professional ranks? This course will teach you literally hundreds of expert tools and techniques that allow you to compete with the best.

This flagship class has been taken by over 20,000 students worldwide, and wins awards year after year as the best screenwriting course in America. Don't miss this rare opportunity to master your craft.

Day One: Creating A Dynamic Structure

Using John's revolutionary 22-step structure, create a dynamic structure for your story and learn how to translate it to the screen.

•How to find the perfect structure
•3 Confusions that hurt writers
•Uncovering the myth of 3-act story structure
•7 Steps to deep structure
•Creating the single driving force
•Three variation s to classic story structure
•Key weaknesses of myth, fairy tale, and drama
•Seven steps to a great premise
•Building the hero from the ground up
•How the character web works
•True character change and how to write it
•Using desire and motive
•5 Major character changes
•Keys to the perfect opponent
•Sequencing the moral elements of the story

Learn the methods and techniques used by professionals to layer plot, dialogue, subplot and setting to create a dynamic story.

•The 22 building blocks of every great script
•Pacing by character growth, not page number
•Creating the visual world
•Using the subplot
•Setting the tag line
•Building the reveals
•Choosing the right story shape
•Creating the
strong middle
•The trick to scene sequencing
•How to write 3-track dialogue
•Secrets of building the scene
•Dialogue that increases the conflict
•How to write a great feature

His course has been attended by novelists, librettists, poets, lyricists, directors, producers actors, and yes  – screenwriters. John Truby is regarded as the serious writer’s story coach and has taught his 22-Step Great Screenwriting and Genre courses to sold-out audiences in Los Angeles, New York, London, Paris, Sydney, Rome, Toronto, and other far-flung locales. Over the past twenty years, more than 30,000 students have taken Truby’s 22-Step class and rave about the insights and direction it has given them.

His students include the writer/director/or producer for the following films:
Shrek, Pirates of the Caribbean, The Mask of Zorro, Nightmare on Elm Street, Outbreak, Scream, Sleepless in Seattle, Back to School, The Addams Family, Kiss of the Spider Woman, Beetlejuice, Valley Girl, The Negotiator, Star Wars

"Truby's 22 Step Great Screenwriting Class is a totally new system…. a course that allows a writer to succeed in the fiercely competitive climate of Hollywood."
American Film Institute Magazine

"If you're ready to graduate from the boy-meets-girl league of screenwriting, meet John Truby…(His course draws) epiphanies that make you see the contours of your psyche as sharply as your script."
LA Weekly

"John Truby's 22 Step Great Screenwriting Class is a thoroughly detailed and impeccably presented education in the anatomy and psychology of any good story… an invaluable road map that I would recommend to any serious writer.”
Jeff Arch, Sleepless in Seattle

"This course is so good I took it twice."
Ralph Winter, producer Planet of the Apes, Inspector Gadget, Star Trek IV, VI

Talent is great BUT relationships get you hired
Writing For Disney and Pixar With David Reynolds: One hour masterclass
10 Mistakes People Make Writing and Working In Television
Christopher Vogler's Top Quotes For The Hero's Journey
Screenwriters: The Seven Hoops You Need To Pass Through To Get Your Script from IDEA to SE...
Project: Rocketboy... top ten tips for getting feedback on a screenplay