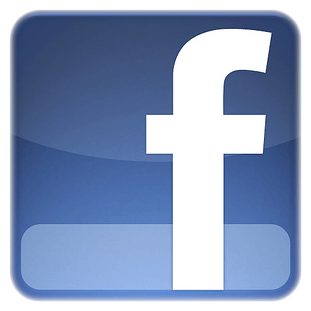 OK so thanks to everyone who got involved.

OK so a little back history to this.

Over the last few weeks I had been researching Facebook and discovered there are two kinds of entities you can have – Pages (aka Fan Pages) and Groups.

Even after long discussions with people who really should know this stuff, I realised that no-one really had a good handle on it. And let me be clear, I don’t claim to have a great handle on it either, but I will share what I have discovered.

OK, so Pages and Groups are broadly the same.

They are both places where you can post stuff about your ‘thing’, which in our case, is The Guerilla Film Makers Handbooks. And here is where it starts to get confusing. The very fact that the two look and behave almost identically messes with peoples heads.

Cosmetics aside, what are the differences?

Well there are quite a few, but for our purposes, the killer feature I needed was email.

At first glance I thought Pages COULD send email, but they can’t.

You can only 'message' your members – that message will show up in their Live Feed (not the News feed. Thanks Facebook). It will also be sent to the members Inbox (under updates), but to read it, you need to go and seek it out. It took Lucia, my girlfriend and Facebook fan, a good five minutes to find the messages she had been sent from the Page, and she knows what she is doing. So broadly, Pages were not doing it for me.

On the flip side, I could send emails from a Group.

But… Now updates to the Group do not appear in the feeds at all! I MEAN FB GUYS! COME ON!

That means Group members need to go to the Facebook Group to get the update, or I need to resort to an email, which I don’t like to do, unless its really important. Plus, groups are capped at 5,000 members. 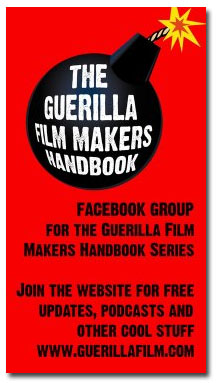 So which to choose? Why am I so fixated on email? In my gut, I felt emails had a much better chance of being read than a Facebook update or internal FB message delivered via a feed.

I know some people are married to Facebook, but I am not. And again, just a gut feeling, I believed a lot of others were not married to it either.

And this is where my experiment came in!

I wanted to know just how effective messages delivered via Pages and Groups would be.

By now I had set up a Group for the book, but had been advised by a number of other people that it should be Page and NOT a group. So I started the Page with the expectation that I would shut down the Group. But I ran into problems when I tried to send emails. So I thought, let’s test how successful messaging people from both the Group and Page actually is.

First off, I have to say, this is not scientific at all. It’s just a rough guide. There are tons of variables too, and I won’t even go into how this could make the data wildly inaccurate. So here’s what I did.

At the time I had 100 members of the Page, and 37 members of the Group. The Page membership was rising too, around five people an hour. And they would almost certainly have read the message, so that could change the numbers.

13 people emailed me from the Group. So roughly a third of the members of the Group got the message and felt the need to respond.

10 people emailed me from the Page. So roughly a tenth of the members of the Page got the message and felt the need to respond (though as the Page grew to 200 by the end of the test period, that could drop the number down to a twentieth).

Also, two people emailed me but did not clarify if they came from the Page or the Group. One person Twittered me.

So it’s pretty clear to me. The Group is the way to go as I need emailable contact with the members, and a Page just does not help me out there.

But… I also want that cool embeddable Facebook widget where people can click to become a fan too. And that only works with Pages. I am nervous too, of passing the 5,000 limit set on Groups. It’s not a problem now, but over the years, it could become one.

And so in the absence of any clearer way forward, I have chosen to use both the Group and the Page. I am hoping that the Page will used by interested people who want to know a little more, and anyone who is really into what we offer and stand for, well they will join the Group too. It’s a far from perfect solution and entirely hobbled by Facebook and their bizarre approach to usability.

If anyone has any comments on this, I really would love to hear it. And also, please, if I am wrong on anything, let me know and I will correct it.

So you can join the Facebook Group here (and we will send you info on film making stuff, podcasts, book updates etc.) Personally, I would recommend the Group.

And you can join the Fanpage here, but you will need to search out our messages and updates.

Brand Engagement Like It SHOULD Be Done Today - Learning From Bodyform
How to Turn Your Followers into Doers... How I did it in my Fantasy Epic by Kate Madison
Are you a digital native or a digital immigrant?
Facebook and Instagram Jail… A Cautionary Tale…
Are we killing our creativity with social media?
Join the spankingly new and shiny Guerilla Film Makers Handbook Facebook Page
The need for failure in YOUR film making success strategy…