SOLD OUT – Meet Sebastian, Richard and David of Menan Films. We just interviewed them for the new Guerilla Film Makers Pocketbook, but we thought thier journey was so extraordinary, we wanted to share it with the wider film making community now.

Together, theses three guys made a no budget (literally, just sandwich money) horror film called Dead Wood. And then they sold it to Lionsgate who released it in America, sparking a flurry of sales around the world. In their own words, ‘the only film makers we knew when making the film, were each other, and we were all flat broke’.

So how did they do it with no money and no connections? What gave them the competitive edge over other films in the market? What can give YOUR film that same edge too? And what can YOU learn from their journey for YOUR films?

March 15th at Ealing Studios – we will host an indepth seminar where we meet the team behind the film, roll up our sleeves and get stuck in, to learn just how they did it and how they managed to secure a deal with one of the biggest companies in America.

And like last months incredible screening and workshop for Brit thriller EXAM (pic right – and blog video here), the guys have generously offered to share their dirty laundry with us all, committing to help other film makers who follow in their footsteps. When you sign up and before the event, we will send you a copy of their shooting script so that you can read what they took to set. At the event, you will also be presented with a copy of the commercially released UK DVD of Dead Wood (which is on the shelves in HMV for a tenner). You can then watch the film in your own time and compare it to the shooting script – and trust us, there are huge lessons to be learned there! 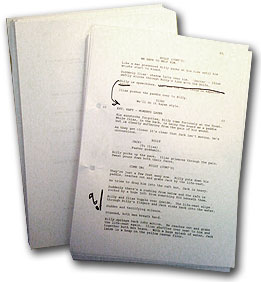 During the workshop, the team will discuss many aspects of their long journey, illustrated excerpts from rough cuts compared to final cuts, and clips of the ‘before and after’ grading sessions …

1. Comparisons and discussions around script and story evolution – the script they took to set, what happened in the edit, and the movie they completed.

2. Shooting with zero cash – how to make ‘nothing’ look and feel like a bigger feature production.

4. Sales – Getting the Lionsgate deal and the negotiations that followed.

5. Commitment to excellence – the real value of a sales brochure, website and key artwork.

6. The keys to a sustainable success and a career beyond just one film.

7. And of course, there is lots of time for your questions too. 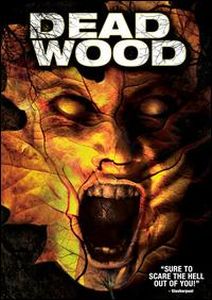 Remember, you get a copy of the UK DVD release to keep (and yes the boys will sign it for you), plus exclusive access to their shooting script (not the transcript, but the script they took to set so you can compare it to the final edit). Again, print it out and I am sure they will be happy to sign it!

We will send you the screenplay once you have signed up. For updates on other great workshops, join our newsgroup here

LA Screenings Video
A Masterclass In Microbudget Film Making - Interview with 'Paranormal Activity' writer and...
'Swinging With The Finkels', Inspirational Script to Screen with Jonathan Newman
50 Kisses Final Mastering: Making The DCP Part 1
What’s the one thing missing from your financing arsenal?
The new Guerilla Film Makers Pocketbook is complete, and we have a new cover
We are all in it together… GREAT REVIEWS! Thank you! And the stats beneath…

One Response to How To Make And Sell a Micro Budget Horror Film – A Case Study In Success.