By Chris Jones on March 15, 2010 in Awards, Courses, Screenings, Screenplay 0 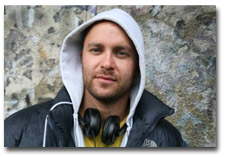 Meet Eran Creevy, one of this years BAFTA nominated film makers, for ‘Shifty’ (in the category of best first feature). We interviewed him for the new ‘Guerilla Film Makers Pocketbook’, and were so charmed, entertained and mesmerised by his passion and enthusiasm for film making, we knew we had to find a way for you to see his film and meet him in person. He told us countless tales of how he advanced his career with breathtaking audacity and speed. We could all learn HUGE amounts from him.

‘Shifty’ was a ‘Mircowave’ scheme funded feature, shot for £100k on Super 16mm and loosely based around Eran’s childhood and the friends he used to hang out with. This gives ‘Shifty’ an authenticity that makes it stand out from the crowd, delivering an entertaining, moving and engaging movie.

Sunday March 28th at the Odeon Panton Street at 12pm, there will be a special ‘Script To Screen’ presentation of ‘Shifty’ from a 35mm print, followed by an in-depth Q&A ‘film makers’ session.  Like the sessions we held for both EXAM and Dead Wood, these are not just consumer Q&A sessions, more like intense creative and practical autopsies designed to give you an intimate insight into just how the film makers conceived the project, wrote the script, got it funded, produced and completed it, and finally got it distributed successfully.

Everyone attending will receive the shooting script for ‘Shifty’ via email so they can read it and compare it to the completed film, gaining the powerful experience of story development through shoot and post production (we will also ask Eran to share other goodies from his ‘Shifty’ vault – details TBC).

Eran is an extraordinarily committed film maker and his energy will contagiously energise you into action on your own films. I know this as I felt that way when I interviewed him for the book last year – he is also committed to helping emerging film makers, so all his insights and stories will be tailored to empower YOU on your own film making journey. 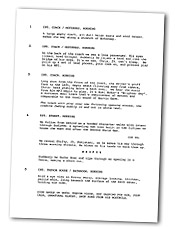 Remember, you get a copy of the shooting script (not the transcript, but the script they took to set so you can compare it to the final edit). Print it out and I am sure he will be happy to sign it (and we bet you could sell this on eBay for a profit in years to come!)

And like the EXAM screening, after the event we will move across the road for an extended networking drinkies, where you can meet up with film makers like yourself. We expect this event to sell out, so you should be rubbing shoulders with 100 or so possible collaborators, team Living Spirit and of course, Mister Creevy. That’s nearly a whole day of film making fun!

Amazingly, with these screenings, we are slowly becoming distributors ourselves! We have had to jump through all the hoops any other distributor would to screen this film, cutting a hard deal with Odeon and Metrodome (the UK distributors). So everyone involved gets a cut of your ticket purchase – Odeon cinemas, Metrodome (and therefore the film makers) and of course us. It’s a win win win situation that we hope will continue to foster a sustainable, if modest, income stream for the film makers.

We will send you the screenplay once you have signed up. For updates on other great workshops, join our newsgroup here.

‘Inception’, a screenwriters masterclass
Talent is great BUT relationships get you hired
Rocketboy act three turning point and the deep wounds inflicted
Who are you writing for? One technique to help you focus on your target audience
How to land a primetime BBC1 TV series with NO past credits
Watch 'Dead Wood' the short film, with short interview with the film makers
BECTU debate and the National Minimum Wage…