Over the past few days there has been much chatter about a film that was released in UK theatres this weekend. You can watch the trailer here.

It’s called ‘Motherhood’, stars Academy Award nominee Uma Thurman, UK star Minnie Driver, and TV show ‘ER’ helmer Anthony Edwards. Here’s the plot outline from IMDB is… In Manhattan, a mother of two preparing for her daughter's sixth birthday party has no idea of the challenges she's about to face in order to pull off the event.

Watch the trailer (if you haven’t already) and remember that figure of £86.

That’s less than ten people in the whole of the UK who actually bought tickets. Of course the tax man will take 17.5% of that £86 (VAT), the theatre will take 75% of the remaining, leaving only enough for a round of venti latte’s at Starbucks for the film makers. Oh hang on, no the film makers wont get a penny as the distributor has to recoup many £thousands first, AND take their fee for releasing it – and remember, distributors, like the cinema owners, are not in business to cash flow my film, your film or this film. Nor are they in business to lose money.

Wow. What a stark reminder of just how tough the market is out there.

But… the rabbit hole goes deeper. 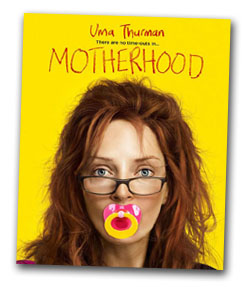 Rather than just report the sensational headline here, I thought I would dig deeper. I spoke with some distributor friends of mine who explained…

Metrodome released the film and their very own James Brown gave a presentation at the Australian Film, Television and Radio School just last week… Here is what was reported on the Last Night With Riviera Blog.

Metrodome's James Brown gave a rambling presentation on the state of UK distribution. He'd just learned that Metrodome's chair had let go of large portion of the staff and was pulling the company out of theatrical (12 films a year) to concentrate solely on DVD (60 films a year), which informed much of his talk. In an hour of constant, roundabout banter, he made only two real points (over and over again):

This unprecedented turbulence and fluidity in the market is the biggest challenge we film makers now face.

We can’t rely on anyone but ourselves to create our own distribution models and helm the release ourselves. Think about it, if the film maker had mounted their own campaign for ‘Motherhood’, do you think they could have improved on that £86? I am pretty sure YOU would have done better.

This is one of the messages of the workshop that I am running with Jon Reiss and Sheri Candler next month. We MUST take control of our own distribution, by connecting with audiences and running distribution models that are hyper efficient and targeted to maximise exposure, cash returns and generate new opportunities for further exploitation. Can you afford your film to take just £86 at the box office? I can’t.

The old model is broken, the new model is evolving, but finally, we are in control. Check it out here.

Exclusive Interview with Christopher Nolan and Emma Thomas from our Guerilla Film Makers A...
I promise you, World Record Breaking film ’50 Kisses’ is going to be MASSIVE in Birmingham...
After years working in the real world finding my life rushing past me faster and faster, i...
What ONE thing MUST you get right in your next film?
Top Seven Tips To Crowdsourcing from Iron Sky creator Timo Vuorensola
Script to Screen Workshop Videoblog, 'Dead Wood' and 'Shifty'
Editing ‘Kick-Ass’, interview with Editor Eddie Hamilton – includes full post production workflow chart

8 Responses to Can you afford to release YOUR film in a cinema and take just £86?