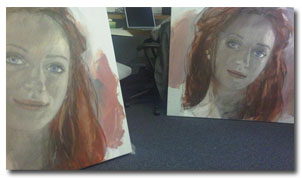 When I haven’t written a blog entry for three of four days you know one of a three things have taken place in my life. Either I am writing, or not much has happened, or so much has happened that I just can’t get to the computer!

Since the book launch on Thursday night, I have been working hard on next weeks TV show, organizing the distribution weekend workshop with Jon Reiss and Sheri Candler, and have also delivered the speech before the world premiere of ‘Chasing Cotards’, shot on VistaVision and shown last night at the iMax theatre.

So it’s been frantic to say the least. But it’s also been huge amounts of fun. 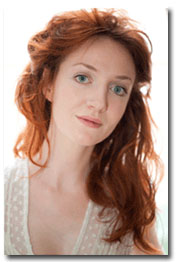 I will catch up on the blog on both the book launch and weekend workshop in due course, but for now I thought I would fill you in on ‘Chasing Cotards’…

I don’t want to tell you too much about it as we plan to have producer Sam Fazackerly on the show in the coming weeks, but I did want to share one cunning funding strategy that the team used. The film cost around £30k to make, and they raised it from a mix of crowd funding (Gone Fishing style), private donation and by selling props. That’s right, selling props. The film features a very beautiful painting of actress Olivia Grant by Christine Comyn – it’s a large canvas piece and genuinely striking, not in a modern art way, but in a more classical sense. The artist created two paintings, donated them to the production, and after shooting, one of the paintings was sold for an undisclosed but HUGE amount (actually it was disclosed ot me but I have been asked to keep the exact figture confidential)… the money being injected back into the film.

Of course this wouldn’t work if the artist wasn’t renowned in her own right to start with, but it does show that you should be thinking about how you can turn your expensive props into cash after shooting. Good on you guys, and especially good on artist Christine Comyn who generously donated her time, materials and work to the project.

The Three Pillars Of Successful Low Budget Horror Film Production
Did you know you can get 20% of your spend back for short films using the UK film tax cred...
Bradgate Brings Some Finance!
More Cash and Crewing!
How to get your film funded using the EIS, SEIS and UK film tax credit, podcast with Ivan ...
Distribution in 2010, a film makers treasure chest of tips, tricks, strategies and new relationships
Guerilla Film Makers Pocket Book Launch A Success, and SUS Tops The Box Office Thanks To YOUR SUPPORT!

One Response to Sell your props and fund your film!