We are just making up clips and getting ready for this Sundays workshop with UK screenwriter Dean Craig, on how he went from short film to UK feature to Hollywood feature, bypassing Bollywood cash in… and we had to share these clips with you. 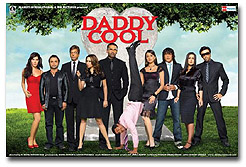 The clip above represents the same scene from all three features, the UK version, the US version and the ultra surreal Bollywood version (including a clip of the titles as they are soooo cool). Below is the script relating to this scene too, the UK shooting script that is.

What’s really interesting is to see just how the three cultures treat pretty much the same scene – the different cinematic languages used is fascinating.

So if you are inspired by the story of how a micro budget short, set in one room, can lead to this kind of success, come along on Sunday and listen to Dean. To sign up and attend, go here.

Remember, you will also get a copy of the feature shooting script to compare to the final film, as well as access to the short film AND the short film screenplay.

You will have your chance to chat with Dean after the event, even get him to sign a DVD of script if you have one (the UK DVD release also has a chat track with Dean FYI). Sign up here.

Lost the plot? Why taking notes is essential for screenwriters
How cliché is your script? Can you see your work in these two trailers?
How we find the truth by telling lies
Tangerine: Shot on iPhone 5s and with near zero budget, the ultimate microbudget mastercla...
How much pain are you prepared to inflict?
How can YOU get the most out of the film festival experience?
Gone Fishing is playing on Channel 4 in the UK on Tuesday June 1st at Midday, supporting the Hitchcock classic ‘North By Northwest’