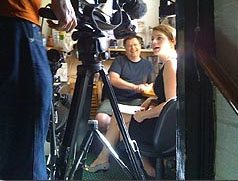 John Cleese Podcast Lecture on Creativity and Originality: The 5 factors that you can arra...
John Hughes: Top quotes for filmmakers, screenwriters and creatives who are young at heart
Six Lessons I Learned Making My First Feature
How Swiss Artist HR Giger Inspired Me To Be A Better Filmmaker
Top Ten Alfred Hitchcock quotes for writers and filmmakers
How Filmmakers Consistently Climb Mount Impossible... Four strategies to get you on set
Sales and distribution are the problem for film makers in 2010
So apparently I am both an Oscar nominated director and Sir Michael Grade agrees with my views on the British Film Industry!