One of the problems with any image capture system, be it film or digital, is that of the available latitude. That is, the difference between absolute black and absolute white – latitude. This ‘scale’ is measured in photographic ‘stops’, (aka ‘F stop’ or ‘T stop’). As a film maker you will be familiar with these ‘stops’ on the camera lens.

Digital formats have traditionally had less latitude than film, but neither film nor digital can match the latitude that the human eye can ‘see’. That’s why when you are ona film set it can often look a little bland, but when you see the final ‘film’ image, there is much greater contrast and shadows.

The upshot is that when shooting either film or digital, detail will be lost in either the highlights or shadows. But if a human were there, their WOULD capture this detail.

There have been some recent developments with a process called HDR (High Dynamic Range) photography. Put simply, you shoot the subject with two cameras, one overexposed, one underexposed and merge the two in post production. The overexposed image maintains details in the shadows, the underexposed maintains details in the highlights. The two images are then combined to create a single HDR image.

The resulting images benefit from a capture system with significantly greater latitude than previously available and one that is much closer to what the human eye can resolve. These images can be quite stratling too, like this video clip above, shot in Moscow by these guys…

Notice how in the first shot there are details in the shadows, as well as the bridge in the hazy distance.

Here’s what they said about it…

‘This video highlights several clips we've made using our new High Dynamic Range (HDR) process. Video is captured on two Canon 5D mark II DSLRs, each capturing the exact same subject via a beam splitter. The cameras are configured so that they record different exposure values, e.g., one camera is overexposed, the other underexposed. After the footage has been recorded, we use a variety of HDR processing tools to combine the video from the two cameras, yielding the clips you see above.’

I am not sure exactly what a ‘beam splitter’ actually is, but I first heard about this technique a few months back when Gone Fishing DP Vernon Layton called me and told me about this amazing new use for 3D cameras. Instead of shooting 3D, these camera systems captures the same image twice, just one underexposed, the other overexposed, yielding up to a monstrous 15 stops of latitude (that number is from memory so don’t hold me to it!)

So what does this mean for you and me?

Well I am not sure I would want to shoot an entire film in HDR (in these tests the shot of the guy is less successful than the shots of the city), but for some shots I can see it would certainly be worth it. For me it’s an exciting development as for once it’s not about CGI, digital effects and digital composites, it’s about capturing amazing images in-camera (sure there is a post production process but it’s all about getting it right on set).

I wonder how many HDR footage we will start to see in both indie and mainstream film? Below is an image from Wikipedia, a still of New York taken using the same technique. Original file here. 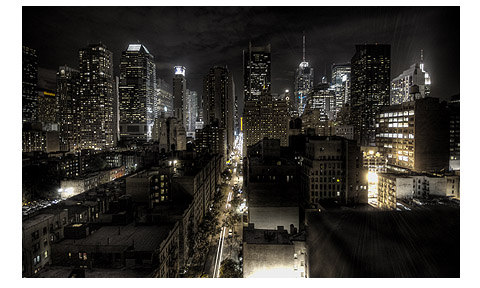 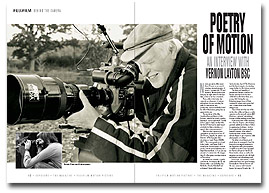 Vernon was also recently featured in Kodaks’ magazine and he did say rather nice things about ‘Gone Fishing’. You can read the article here.

Day Of The Flowers: Ten Tips for shooting in the heat and humidity abroad
After years working in the real world finding my life rushing past me faster and faster, i...
Which email service should YOU use to stay in touch with your group?
Free HD Masterlcass with Eddie Hamilton
Lighting Like A Master, a script to screen workshop with Craig McCall on Jack Cardiff

6 Responses to Could you shoot your next project with stunning High Dynamic Range (HDR) Cinematography?