By Chris Jones on October 26, 2010 in Guest Blog, Screenwriters Festival 0

It’s come to that time. For me to hand over complete control of my blog to the lovely and talented Leilani Holmes. She will be your guide for the coming week of the London Screenwriters’ Festival. I have asked that she share as much practical and useful advice with you as she can muster…. OK, Here’s Leilani! 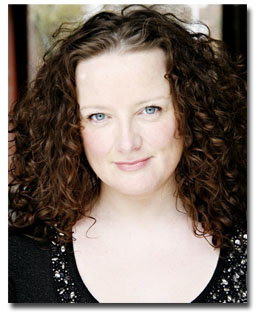 An introduction to Leilani

Hey all. As you must all know by now, this coming weekend Chris Jones is organising the very first London Screenwriters Festival which will largely keep him busy as all Hells (appropriate for Halloween weekend, I feel) so I’m just coming aboard to hijack his blog, and your attention, for a few days to give you my insights as one of the delegates at the festival and to share some of my experiences of this huge event with you all.

Just a bit about me first. I’m a professional actor and in my spare time I’ve been screenwriting now since 2005 (though consider myself still young in the craft). For a number of years I have been a member of The Writers’ Building, a network of screenwriters headquartered in Los Angeles and I also co-run and administrate UK collaborative filmmaking group OTTfilms where I write, direct and produce short films. My first micro-short film in 2006 was nominated for a British Independent Film Award so my focus as a writer is how writing transforms onto screen and becomes realised into film. This will be my approach to the London Screenwriters Festival and I hope what I learn will prove useful to readers of this blog.

So.. next weekend I shall be heading along to Regents Park, a glorious setting for the London Screenwriters Festival, the first time this festival has happened, and my task this year will be to see what it’s all about, what it’s got to offer (a lot if the schedule is anything to go by) and basically what fun and benefits are to be had from a big screenwriting festival in the heart of town.

I’ve identified at least 27 seminars so far that I’d like to attend, some of which are unfortunately on at the same time. This happens all the time with large festivals and through film festivals I’ve learned it can actually be a blessing and forces me to pay attention to what is important to me. I know it will also be important to me to spend some time with the other delegates and to find a bit of quiet time so that’s something to go into the agenda I create for myself too.

Right now, I’m whittling down the choices and trying to give myself a bit of space so I can absorb the sheer amount of information that’s going to be flung my way and so that I can pace myself and share some of that information with you all. Because if there is one thing I’ve already learned about screenwriting is that it’s not really as solitary a task as people make out. Without the advice, encouragement and fellowship of other writers I doubt I’d have achieved the level of writing that brings me such pleasure from my work today. I’ve largely done that through being a member of The Writer’s Building but as that is based in LA it’s very nice to be able to spend one weekend in person with other screenwriters, both speakers and delegates.

My top picks for the three days are so far, Should You Produce on Friday, a direction I may well wish to head into with my work having done a little bit of production already, Have You Considered a Documentary workshop on Saturday, docs are something I get the opportunity to write for but don’t really know how to, so some new knowledge for me to acquire there, and on a Jam packed Sunday I’m torn between many great workshops but the one I’ve been interested in for years and that might well suit the new feature screenplay I’m writing is Writing For Games. I’m not a gamer and so I’m interested to know what challenges there are for this emerging side to the screenwriting business. With my penchant for sci-fi action I think it could be a good area for me to consider writing commercially for.

So there it goes.. I’m still pouring over the schedule and should be back with more info throughout the weekend, on twitter @momentsoffilm and via this blog to share what I’m learning and give people who can’t attend (or who, like me, can’t fit everything into their schedules) a flavour of the very first London Screenwriters Festival.

Buckle up! I'm goin' in!
Being Prepared