By Chris Jones on October 6, 2010 in Inspiration, Screenwriters Festival 9 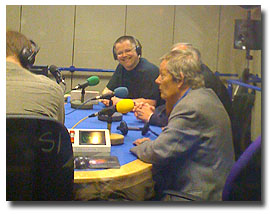 Over the weekend, and as part of the London Screenwriters Festival, I was drawn into a newspaper article in The Observer about UK films being poor at economising. The basic gist being that I believe films need to be made more cost effectively if we are going to sustain any kind of infrastructure that can support a workforce. You can read the full article here.

It seems what I said has sparked off a whole debate. From the emails I have received, it’s clear that MANY other film makers feel the same as I do, and a handful of others feel that my comments and by extension, I myself, am quite ignorant. Of course no-one is right, this is a complex issue with no absolute right or wrong. Still my phone is ringing of the hook and my email in-box is overflowing with polarized opinions. And just for the record, I wrote about my thoughts and feelings around the UKFC closure plans on my blog some time back – you can read it here.

Frankly I was amazed to receive some fairly strongly worded correspondence from some people. Apparently, some film makers believe that it is not my place to ask difficult questions. To those people, please understand, I am not saying we should stop making films and ‘self implode’ (the drama is quite palpable in some communications), rather we should focus on making films viable thus creating a vibrant, self sustaining industry…

And this morning I ended up on BBC Radio 4 on the Today program as I have been dragged further into the debate. I must admit I was very nervous as I do listen to the show and the questioning is robust to say the least! You can listen to the short interview I did below… 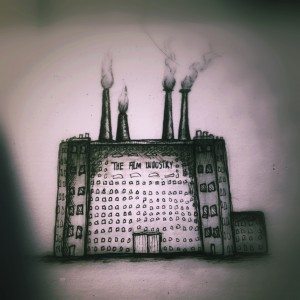 Industry, industry and industry!
It’s a word that I keep saying and others keep saying back to me. Like there is an ‘industry’. Like it exists as an actual entity, you know somewhere over there.

Some of those groups are better connected, wealthier, more experienced etc., than others. For sure, that gives them an edge. But it’s NOT an organized body, it’s not a ‘them and us’ and it’s certainly no ‘conspiracy’. It’s just people doing what they think is best for themselves and their own, and sometimes for others too. Pretty much just like I do.

The problem for me about government funding is that it artificially skews the playing field. It gives some groups an edge that they wouldn’t have ‘in the wild’. This is always well intentioned help of course, but it’s a bit like Jane Austens’ ‘Emma’. Good intentions and all, but in the end, it’s best not to meddle in the affairs of others. On balance though, is it better to have Government funding or not? Yes and no. I suspect the grass is always greener on this issue.

All this ‘government help’ has also perpetuated the myth that there is AN ACTUAL ‘industry’. That there IS an organized pot of money. And crucially, that you and I and most people I know, are not in THAT industry. You know, the one with lots of money and access to powerful people…

That’s when I realized. I am the industry. You are the industry. If you or I are making films and attempting to make a business out of it, we are the industry, and DAMN IT, we have a voice that should be heard. I am tired of this ‘holier than holy’ attitude about funding, art, ‘the industry’…

Don’t get me wrong. Government support is needed. The UKFC bods have done their very best (as they see it), with good intentions, but it is time to re-imagine a new future for the lottery money.

And what better time than now as we are in the midst of the biggest evolution / revolution in cinema since sound and colour.

The future belongs to us all. It really does. The time has come to get entrepreneurial and build a whole new and sustainable industry that actually works. Not just for some, but for ALL who work hard, stay professional and embrace the contstant challenges and changes we all face.

Remember, there is no party that you should have been invited to. Just get on with YOUR stuff and make it matter!

How best to be a filmmaker in 2015?
So we got another email from Oscars.org…
Camaraderie, focus and chemical addiction - are you an addict?
The Top FIVE Steps To Getting Your Film Funded
Watch a truly innovative short film that will open doors for filmmakers
There is no conspiracy to keep good writers out of the industry
'Sign Langauge' wins the Virgin Shorts Award 2010
Feedback from film makers… WE are the industry…

9 Responses to The future of the British Film Industry is in YOUR hands, and not in ‘THEIR’ hands…