By Chris Jones on November 1, 2010 in Guest Blog, Screenwriters Festival 0 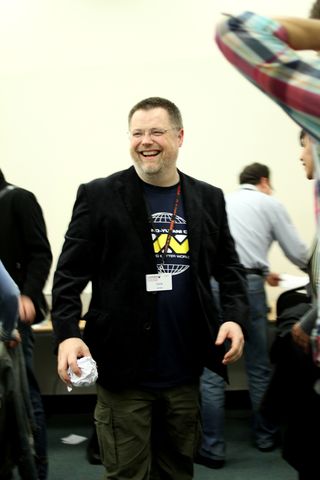 And so it is over. I can hardly believe that so much has happened and how quickly it’s flown. I don’t yet feel changed by the experience but I’m completely loaded up with information that I haven’t fully assimilated yet so I’m expecting some form of epiphany about my writing over the coming weeks. As I stood in the office at the end of the day watching everyone packing up and gearing up for the wrap party drinks, I thought to myself.. I’m going to miss this.

There has been so much power in the amount of knowledge and advice that has been present for the taking in every room I’ve entered during the fest. But I think actuall I don’t have to miss any of it.. I am taking the knowledge and enthusiasm and the dedicated writer’s vibe home with me and I know now that I am going to build on that. Myself and all the other delegates will now go forth and replicate that vibe amongst the writing communities we interract with I’m certain. Writing is not just an ambition, it’s a profession, it’s a vocation. And sometimes, it’s a revalation. 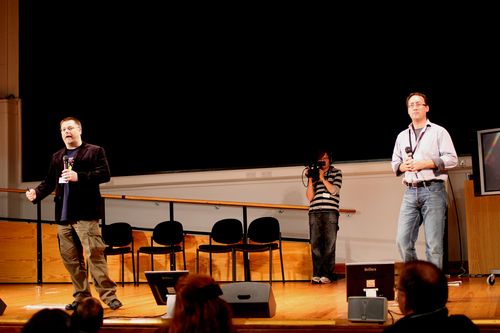 The seminar day ended with a wrap up chat in the main hall of Regent’s College, A chance for festival organisers to speak directly to delegates about what did and didn’t work for this first festival and what can be improved upon for next year. The negatives seemed to be things that delegates want in order to make this the best event possible for them in future and the positives were just touching and everyone said they’d come away with something from the festival, and there were success stories of how people had found inspiration through coming here. 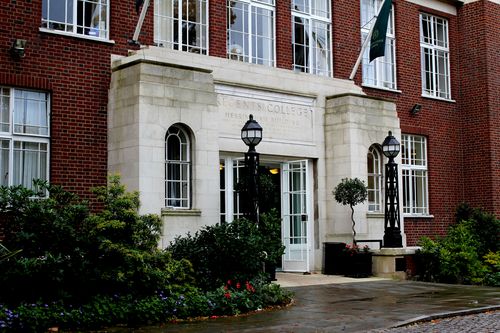 Regent’s College itself is a stunning ve

nue. It houses the London School of Film Media and Performance and I have to say that not only have they been supportive to the festival but everyone there is incredibly nice. It’s so lovely, such a beautiful and functional setting I think it prompts niceness, certainly every single person I’ve met has been nice and that is very very rare. Everything one could need is available on site and I just took a little bit of time today to walk about and like it all!

Quite a few of the delegates have been asking me what was my favourite bit of the festival. I’ve been answering “the people I’m with”, for most of the day. When I was coming home though I realised that it wasn’t just that .it was also all this blogging I’ve been doing that I have thoroughly enjoyed. It’s been such a privilege to be able to share my experiences here. My task for the screenwriters festival has been to write. Even if it is blogging, it’s been fulfilling for me and I thank you all for reading, I hope it’s been of use and I hope to see you at the London Screenwriters Festival next time.