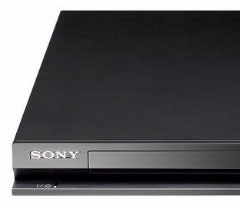 Santa came a little early this year. My first generation BluRay player that I bought to test the Blu-ray of ‘Gone Fishing’ finally gave up the ghost last week. And so Lucia, my lovely girlfriend, bought a new Sony BDPS370 player for me. For Christmas. Unable to wait six weeks (I did after all discover my old player had died after trying to watch my shiny new ‘Alien’ Bluray box set, so six weeks was a little too long to wait), I plugged it in over the weekend… and frankly I was blown away. 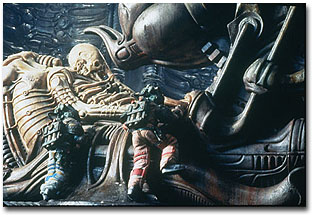 Not because of the amazing Blu-ray picture (though both ‘Alien’ and ‘Aliens’ are extraordinary now they have been fully remastered), but because the machine itself has so many other cool things it can do. Yes I know none of this is utterly ground breaking, but it felt like that to me over the weekend. First off, it can play DivX files, in both SD and HD. It has internet streaming too, so it can play clips from YouTube, Daily Motion as well as hook up to LoveFilm. The real killer app though is BBC iPlayer. WOW! I mean WOW! I know BBC iPlayer is amazing, I have used it on the web, which has always been great. But you know, I like to watch ‘The Apprentice’ on the sofa and not hunched over a laptop. And now, with this Sony Blu-ray player, I can do just that. And in HD too! I live in an area with pretty good broadband, so streaming HD (which I am told is around 3 mbit) is totally do-able and the results are breathtaking. Crisp, detailed and stunning. Amazing.

What’s really outstanding for me is that finally, the internet experience is landing in the living room. I know you can run a computer on your big screen TV, but it’s not practical or desirable for most people. I want a single, simple and elegant portal where I can search for my content and download it immediately. Now if only Sony could deliver the elegance of Apple.

There is no single solution yet. It certainly isn’t this Sony. But, along with Apple TV, it’s a big step forward for me.

So the big question for indie film makers is, who can build a similar software portal, like BBC iPlayer, where I can plug in my content, and where a billing system is in place so I get paid every time someone watches the film / show / webisode etc. Then, what hardware can that run on?

That integrated system is the Holy Grail and we are so, so close…

Top Ten Things To Consider When Mixing The Sound For Your Film In A Professional Dubbing T...
A day of rememberance for a time captured on film…
ScAmazon Studios?

3 Responses to Streaming BBC iPlayer to your TV via a Blu-ray player. Awesome!