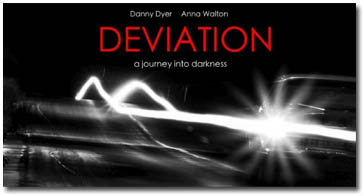 At the London Screenwriters Festival we ran a session called ‘Should You Produce?’ Then concept was simple. If you are a director, writer or actor etc… why wait for the big break? Create the big break by producing a film yourself. Lucy V Hay, who we all know, also works tirelessly for the festival, but has just just done that – produced. She’s know as being a  script editor… but now she is also a producer on a feature film.

Here is her (abridged) story and her top tips if you plan to follow in her footsteps. 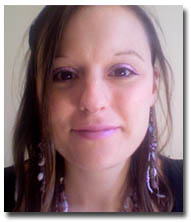 About four years ago, a script called CAPTURED (by the writer, director and producer JK Amalou), landed on my desk. The script told the story of an escaped convict who kidnaps and holds hostage a nurse in her car during one night. Set in America, the script was essentially a road movie, though in the set up there was a daring escape from prison by the antagonist Frankie which reminded me of the underrated Michael Keaton movie, DESPERATE MEASURES. CAPTURED had been optioned for some time by an American producer, but the rights had reverted to JK and he wanted to know my thoughts on changing the location to England – not to mention the logistics of the story/production to enable him to make it himself on a low budget.

CAPTURED was to become DEVIATION, starring Danny Dyer and Anna Walton, which wrapped this week.

CAPTURED was a great script in its own right, there were many things about that simply couldn’t be done, either on the budget that JK envisaged (like Frankie’s daring escape from prison) or because it simply wouldn’t “fit” in an English location, including some rattle snakes in the resolution. So the first thing we had to do was edit the script to within an inch of its life. JK was tireless in his development of the script and I felt privileged to work with him on it.

Very often my role as script editor is over once the script has been signed off; I wish the script well and wait and see “how it turns out” as the film version. But this wasn’t the case with CAPTURED, as JK wanted me to be the “associate producer”. What this means often depends on the nature of the production; very often the “associate producer” will have offered up money or time. Being a script editor I of course have no money (!), so it was my time I gave with this thought in mind, “get the film made, no matter what”. And this is how I contributed:

People. Knowing people is key in this business; no one is going to argue with that. However, when someone asks you, “Do you know anyone who can…” you HAVE to be able to recommend somebody for a GOOD reason, not just ‘cos they’re your mate and you think they deserve a break. When JK was looking for a producer then for an unrelated feature project, I recommended Lara Greenway, who went to become one of the producers for DEVIATION. I didn’t recommend Lara because I like her, because she’s a fellow Mum or because she was one of my first ever clients through the doors of my script reading service Bang2write donkey’s years ago; I recommended her because I’ve watched her career grow over the last five years and I’ve admired her short films and her tenacity. I believe she’s going places and wanted her “in” on the journey – and she’s done a fab job.

Sell, Sell, Sell # 1
Social Networking. One of my key responsibilities for DEVIATION is press and PR. Whilst it’s obvious to set up things like blogs, Facebook, Twitter etc for a product like a movie, I’m always surprised by the lack of people who follow a specific business model for social networking. Before the DEVIATION campaign, I researched such models on sites like Mashable and discovered a whopping amount of social networking campaigns fail because of a lack of interactivity with friends/fans. This was compounded by several notices I received on Facebook from various campaigns promising “NOT to bombard me with updates”!! So what’s the point of having a campaign then? Social networking really is “out of sight, out of mind” – and people who DON’T want lots of updates will never sign up for them anyway. Other campaigns I saw insisted on being “dark horses”, believing keeping the central concept of the film or actors or other info hidden was “intriguing” – no, it isn’t. A little personality goes a long way; if fans can relate to the people behind the campaign, they’re far more likely to interact with the campaign. This also increases visibility, because the more online chatter there is between a social networking campaign and its fans/followers, the higher up the ratings they go not only on Facebook by its “Top News” search, but up Google, because blogs and Twitter etc can be searched there, too.

Sell, Sell, Sell # 2 – “Real Life”
If the internet seems like the obvious choice for a film campaign, then sometimes the weirdest choices for getting exposure for your film work best in “real life”. The best example for this during the DEVIATION campaign so far is probably my interview in the Bournemouth Echo. I haven’t been able to go to the school gates for the last two weeks without a Mum saying, “I saw you in the Echo!” Quickly followed by, “So when is the movie out?” Whilst local coverage might seem trifling, regional newspapers can be our best friends – they’re always looking for stories about local people, that’s what it’s about. And the knock-on effect online can be fantastic, too: family and friends share your news with others – the Echo story was shared on FB walls 66 times (last count), plus the link ended up RTd on Twitter multiple times, which have prompted emails and tweets interested in the movie far and wide.

Know What You’re Doing
Know as much as you can about whatever it is you’re good at and stick to it. I can’t stress this enough. I’m a great believer in Plato’s idea of everyone “minding their own business” – the notion being that if everyone concentrates on their own jobs and don’t interfere with anyone else’s, it will lead to a much more cohesive group dynamic and create a superior film. This worked well during the course of the script edit and in turn, the group dynamic on the DEVIATION shoot was excellent, with everyone going out of their way in sometimes appalling conditions thanks to the cold and snow – and I really think it was thanks to the fact everyone knew what their talent was and respected everyone else’s.

Admit It When You Haven’t Got A Clue
The mechanics of filmmaking are not my thing; I never went to film school, my experience on set is limited. That’s just the way of it. That’s not to say I don’t want to learn; I think producing is ace and I definitely see more of it in my future. But context is everything; when I received the script a week before shooting asking for my thoughts on the actual timing of scenes, I thought, “Where do I start?” Then was NOT the time to ask someone to teach me, so I politely thanked the producers for including me but pointed out my timings might be wildly out in comparison to their far more experienced ones and I didn’t want to confuse/screw anything up for anyone at that late stage.

Stand Your Ground
Even on the best productions, there are so many things to consider, various things might get lost in translation – especially if you’re not in the office every day, as I wasn’t. It’s important to remember the others are not ignoring you or think your job is immaterial; every person is key, filmmaking is a collaborative process from the bottom to the top.

You can get more info on Devation on their website. You can also join the Facebook page here.

Well done Lucy and thanks for sharing your experiences.

John Cleese Podcast Lecture on Creativity and Originality: The 5 factors that you can arra...
Talent is great BUT relationships get you hired
Edgar Wright Genesis: the Guerilla Filmmakers Handbook archive interview from 2005
Steven Spielberg: Top 15 Quotes for filmmakers and storytellers
What did our delegates say about LSF 2012?
Need inspiration for your next film? Want some script coaching? The 21st Century Screenplay by Linda Aronson
What will you be watching on Christmas day?