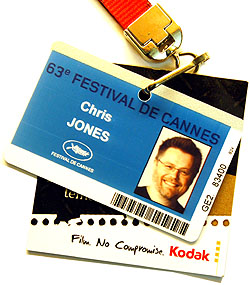 It’s getting to that time of year again when the Cannes Film Market and Festival looms.

I thought I would share this video I made a couple years back about how YOU can get the most out of the experience. If you have been before, you will know just how essential the Cannes experience can be for an overview of the market and how that fresh perspective impacts directly on your projects. It’s also essential for making contacts with sales agents, distributors, actors and other film makers. Plus it’s a blast! 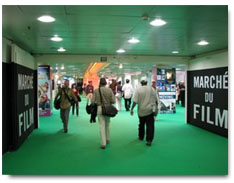 REMEMBER, whichever badge you get, you will get access to EVERYTHING that is vital. Some passes cost more, some cost less, some are free, some come with perks.

CANNES SHORT FILM CORNER (BEST BET FOR MOST INDIES WITHOUT A FEATURE FILM THIS YEAR)
WEBSITE: http://www.shortfilmcorner.com/uk/home.html
DEADLINE FOR APPLICATION: April 12th (though we are not confirmed as their submission site is not yet live)
FILMS MUST BE: Under 35 mins and made AFTER Jan 1st 2010
FILMS SHOULD BE cinematic (though this is VERY MUCH open for interpretation – note we can help you with this on our workshop)
SENDING FILMS: You should upload a Quicktime via their site
COST: 95 Euros
YOU GET: 2 Passes for cast and crew only (MUST BE CREDITED ON FILM)
NOTE: The SFC pass is by far the cheapest pass to get and it gives you full access to the festival and market.

CANNES FESTIVAL ACCREDITATION (for active professionals – you will need REAL credits and recent credits)
WEBSITE:http://www.festival-cannes.com/en/festivalServices/accreditation.html
DEADLINE FOR APPLICATION: April 1st 2011 (Reg opens Feb 1st)
WHAT YOU SUBMIT: Proof that you are in fact a working professional. Your proof will be studied. I have been denied several times as my feature film credits were not within the last few years.
COST: Free if you get in.
YOU GET: 1 full access pass
More notes here…

MARKET PASS (MARCHÉ DU FILM) – This is the official market badge that you can buy, and therefore need no credits. GREAT idea for one member of your team, IF you can afford it.
WEBSITE: http://www.marchedufilm.com/
DEADLINE FOR APPLICATION / COST:
Early bird: €286, deadline: Friday, February 24, 2011 (dates not official yet).
Normal pass: €380 per person, no effective deadline (you can buy at the festival if you need to!)
Register before Friday, April 7, 2011, if you want to be listed in the Marché du Film Guide (the big book) – (dates not official yet)
YOU GET: 1 Pass, PLUS 1 year pass to cinando.com, networking site for the film industry. You also get the Marché du Film Guide (big book which lists all sales agents and distributors attending)

IN COMPETITION (FEATURES AND SHORTS) / OUT OF COMPETITION / UN CERTAIN REGARD – Only IF you have a film (don’t rely on getting in)
WEBSITE: http://www.festival-cannes.fr/en/festivalServices/officialSelectionPreselection.html
DEADLINE: All films to be submitted for the Official Selection must be entered by March 11th, 2011.  It is imperative to fill in the entry form by this date.
CRITERIA: Only films (feature and short) that meet the following conditions may be chosen for invitation to the Official Selection:
• Films that have been produced during the twelve months preceding the Festival.
• Films whose distribution is limited to its country of origin.
• Films that have not been presented in any international motion picture event.
• Films that have not been shown on the Internet.
• Short films that do not exceed 15 minutes in length, including credits.

STUDENT PASS – We have no experience of this pass and the deadline is February 15th! More here (let us know if you get in so we can share the knowlege next year) 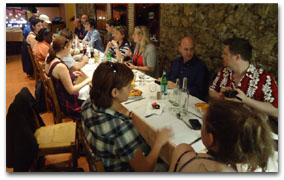 DO YOU WANT TO COME WITH US?
Every year we take a small contingent of film makers out with us to Cannes on a structured workshop – the first part in London (and online), the second actually IN CANNES! Last year was our biggest event yet with nearly thirty delegates getting their Cannes cherry popped with us.

If you want to go to Cannes but are worried about getting there, not knowing many people, what to do when there, getting the lay of the land fast, not paying for full accreditation (getting it cheap), then you should consider our workshop. There are more details on my site here. 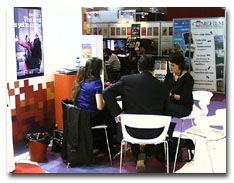 But don’t take too long to consider as flights, trains and hotels book up fast, not to mention getting prepped for your all important accreditation.

Here is the site again…

Short Guide To Attending The Cannes Film Festival and Market For The First Time
The Guerilla Guide To Cannes!
Why losing your notes MIGHT be good for your creativity
The power of the question, and how to ask it so that you get EXACTLY what you need for your film