Friend and film maker Darren Horne emailed me and asked if I could highlight his plight. He says it better than I can, so here is Darren.

Sad and crazy news at the 2 screen independent cinema I manage. We share the building with a Bingo, that is owned by the people that own the whole building (Graves Ltd). Bingo has made a loss for several years, and so Graves are shutting it down. They feel they will sell / let the whole building, rather than just the Bingo side and so have given us until March 2nd to vacate the building. 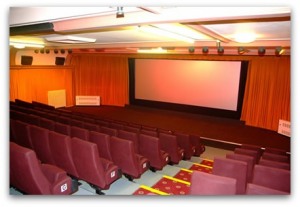 We are a profitable cinema and have never had any issue paying rent, but they want us out anyway and are taking advantage of an opportunity to break our contract in 7 weeks.

There is a big campaign to save us and get Graves to re-think.

It made the Guardian here and we have a facebook group here and have a massive amount of support from the community. The online petition is here . http://www.gopetition.com/petition/41817.html 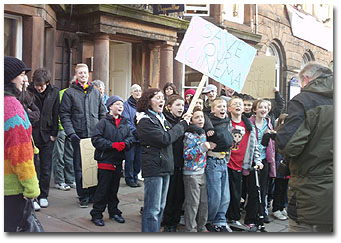 The petition is going strong and Eddie Izzard and Richard E Grant have signed it and tweeted about it which has helped get us more press. We have two hopes. One is that the Graves Cumberland Ltd, who own the building, will decide to let us stay on at least until a new buyer has been found. The second is that a powerful and cash rich company make an offer to utilise the bingo side of the building and let us stay on in the cinema part.

There is no villain in this story, and Graves are making the best financial decision for their company, but there is a chance from someone to be a hero. Whether it is Graves changing their mind, or someone else.

OK Darren, well you have my vote – do you want to support this cause? If so, sign the petition and join the FB Fanpage. And get Tweeting an ‘liking’.

I will let you know how things develop.

Well that happened...! Blood, guts and glory at Guerilla Film Masterclass
Film Producers Survey by Stephen Follows in the wake of the NPA collapse
250 seconds that will re-ignite the passion in any filmmaker or screenwriter
So it's time to confess... I have a mental illness...
Why complaining to your friends will get you nowhere fast...
Short Films on the film festival circuit, a view from one film maker... Chasing Cotards

Writing For Hollywood While Living In The UK, FREE Masterclass
Amazing news from the Oscars for our team!