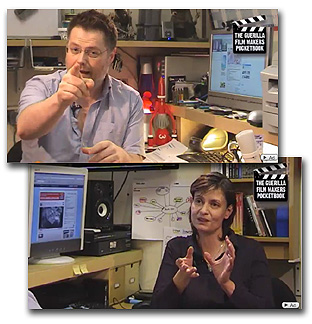 WATCH THE SHOW ON ‘CATCH UP’ ABOVE

Fasten your seat belts everyone… the lights are green and we have a GO – The Production Office LIVE is BACK!! TV for film makers!

And not in that ship-shoddy, will they or wont they, are they or aren’t they? sort of a way that was Season One. This time, like an irritable bowel gone good, we’ll be regular and we’ll be reliable!

And rest assured people that we’re supersizing the crap out of this one and going BIG this year! Bigger guests, bigger ideas, bigger balloons! The only thing that wont be bigger will be Chris. Because he’s on a diet. So he’ll be smaller. Which is the opposite of big. But more about that live on this weeks show… 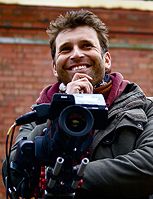 To kick of Season Two, we’ll have a full hour of DSLR guru Philip Bloom, chatting about cameras, lenses, gadgets… about making world class movies in 2011 with tools that YOU can get your hands on! Remember, the LIVE show is interactive, so if you want to ask Philip YOUR questions, watch LIVE! and get involved!

So pull your socks up, shake off those January blues and let’s all dive into 2011 like we mean it – those movies aren’t going to make themselves now are they!