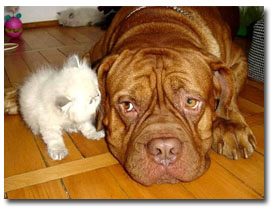 How do you get people to do what you want? What you need?

Why do most people fail to get that thing they want or need?

It’s that simple. At least some of the time (actually I would say most of the time).

How many times have you had the conversation where a friend says ‘why don’t you ask?’ and you mumble some excuse but in your head you are thinking ‘I am sure, I KNOW they will say no, so I won’t ask…’

Stop there just one minute! You just said that you are ‘sure‘? That you actually ‘KNOW’?

You are certain of something that has not happened?

The truth is we base these assertions on a guess. And that guess is based on past experiences.

So if you are declining to ‘ask the important question’, the past experience that you are connecting this ‘important question’ was probably a bad one. And so we haul that big old ugly past and dump it right in the present and the future, right where it can shut us down.

You say to yourself, ‘the last time I asked I got a bad result, so I won’t ask again…’

And so we go through life making decisions for other people, sometimes MASSIVE, LIFE CHANGING DECISIONS. We deny them the chance to say ‘yes’ or ‘no’ because we make that choice for them. We make it by NOT ASKING in the first place.

OK, I hear you say, ‘but that’s experience, it protects me’.

Sure, but is it serving you?

In reality, we need experience to help us avoid being eaten by a bear, or to fall into a ravine, or to learn what berries are poisonous etc. But in modern life how often does that happen on the high street?

Why is it that something in the past, say a few unkind words, or a negative inflection, or a rude reply, can stop us dead in the present and destroy an amazing future?

As human beings, we have a constant conversation going on in our heads, assessing the world around us, what people have said, what they might say next, why are they looking at me like that? what does he mean? And that chatter is so loud, so dominating, so fearful of failure, of ridicule, or being wrong, or of looking stupid… that more often than not, it shuts us up.

It certainly does for me when I allow myself to get too much into my own head.

Instead, consider a new approach.

Be in the moment. Be in the present. Not in the past or future. Not judging. But just listening and asking questions. And really listen (right now that chatter in your head may well be telling you that you DO listen very well! See how you can’t stop the chatter?) Be with the person you are speaking with. And ask your question. Be direct. Don’t manipulate. Don’t worry about the outcome. Don’t worry about what they may think…

You see they are as worried as you are. 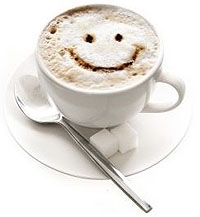 So, be in the present, free of past failures, and ask the question… ‘Can I…?’

I promise you, this technique will get you consistently better results.

Please share your successes on the blog for others to see, it will inspire them also.

Why the act of creation is ESSENTIAL for human beings
How I Cast Brian Blessed, Joanna Lumley and Jack Davenport in my fantasy short, Guest Blog...
How to Kill Your Filmmaking Ego by Mark Jeavons
Top Ten Alfred Hitchcock quotes for writers and filmmakers
How Filmmakers Consistently Climb Mount Impossible... Four strategies to get you on set
Mankind Is No Island, Interview and Film
Get ready for Cannes 2011… Are you going? You should be… Important DEADLINES
Amazing news from the Oscars for our team!

4 Responses to The power of the question, and how to ask it so that you get EXACTLY what you need for your film