Over the last few days my blog has gone into overdrive with traffic about my post on DynamoPlayer, the new tool that allows film makers to stream and charge for their work.

But how does it perform over time?

I asked film maker Audrey Ewell to share her experiences. She has been selling her film ‘Until The Light Takes Us’ using DynamoPlayer so she is ideally placed to give us a longer term view. 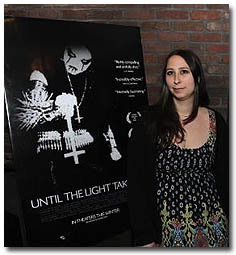 Our Experience using the Dynamo player:
We have been using Dynamo for about four months now, for the feature length, award winning documentary film, Until The Light Takes Us. It’s a doc about a violent music scene, black metal. We’ve also uploaded our Special Features from our double DVD/blu-ray. Here’s a bit about our experience with Dynamo, and a bit of background.

Until The Light Takes Us played 35 markets in North America and was  released theatrically in the UK and Germany. It has tv/dvd deals in Australia, Japan, and more, and played many intl fests. These foreign distributors mostly released a one DVD version, without the bulk of our extras. On each release, we promoted the film heavily with publicists and grassroots outreach.

We uploaded the film (With Dynamo) and four hours of extras to our website about three months ago and we geo-blocked the regions where we didn’t retain streaming rights for the feature film (we retained all the streaming rights for our extras). We immediately announced to fans on our mailing list and social network pages.  We made (net) about $1300 in the first month, presumably from existing fans, and have been holding at a pretty steady $50/week since then.

To be honest, we haven’t gone to great lengths to promote this outside our established fan base, but we’d already done tons of promo for the theatrical and DVD releases.  This month, when we landed on cable VOD in the US and Canada, we announced the Dynamo streaming option again.  This was once again directed at our pre-existing fans.

After our initial surge in watches, there is virtually no change in our weekly take. We saw a spike when we released our UK DVD (we did a lot of press for that with a publicist, and also some Facebook adverts) but once that settled, localized screenings and individual articles don’t seem to do much. Events in the scene, such as album releases by the bands in the film, don’t seem to matter. It looks to me like our pre-existing core audience is tapped, and they are no longer the ones watching our film on the player.

Now people find it slowly, we get just a handful of watches each week.  My guess is that the people now watching are…

This is not a big money-maker. I don’t think it will ever be a big money maker.  But, if anyone watches the film here who would otherwise torrent it, it’s a win for us. Our goal is to make the film available to as many people as possible, in as many formats as possible and I don’t believe Dynamo takes away from other sales.

If we hold steady at $50/week, with what we’ve already made in the first three months, in one year we’ll have made $3500. That’s not a game changer, but it’s nice all the same. The best part for us is the longevity. I believe the real value of the Dynamo player will be felt when we release our next film, which will hopefully bring a new audience to Until the Light Takes Us. 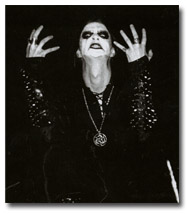 Now, what we don’t like:
No Download-to-Own: I really would LOVE to be able to offer this to fans in other countries. We’re on iTunes here, but I wish there was an option for me as the filmmaker to control this and open it up to more people.

The stats aren’t detailed enough: Dynamo has referral stats and country stats, but I can’t tell how many payments are coming from each country. That’s super relevant info. It’s helpful that I can accurately see what’s being watched, but I’d like to know with greater accuracy WHERE the watchers are. Hopefully that will be improved.

That’s, pretty much it.

The downside? There’s not much of one. Filmmakers, just remember that you have to hold onto your streaming rights to be able to exploit this. And one tip: Almost half of our income is from our extras. If they like the movie, you’ve got an interested audience already on your page…

Oh and finally, the Dynamo guys have been friendly and helpful, they pay out (on request) in a timely way, and it’s something that brings in money without me having to actively work on it.

For us it’s not a game-changer, but it’s a nice piece of the arsenal. Only time will tell how it’ll play out over the long haul.

You can see how we’ve set our player here up here: http://www.blackmetalmovie.com and the Dynamo site is at http://site.dynamoplayer.com.

Good luck out there!

And to provide proof of concept of one
of the DynamoPlayers very cool features, I have embedded her film on my blog (top of the page). So if you buy and watch it now, she gets the money from that sale. Effectively, I have provided a screening venue for her film.

This tactic offers as many screening venues as you can coerce, convince and back scratch your way into. How cool is that? (this leads on to a feature we hope team Dynamo will develop – ‘affiliates’, so that if you embed my film on your site or blog, you get a cut of the sales). I wonder how Audreys doc would have performed if it had been premiered on the front page of some of the top ‘Metal’ websites? 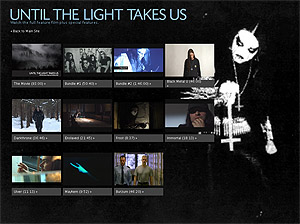 Of course we are now into SEO and web design world too.

Your web page is a sales site and should be designed as such. I don’t think the site for ‘Until The Light Takes Us’ offers a particularly clear sales proposition, and when people are confused about which choice to make, they often choose nothing. 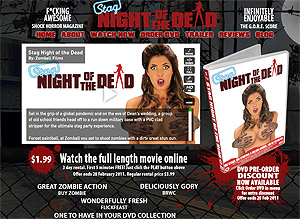 The ‘Stag Night Of The Dead’ site is selling, but I think ‘Until The Light Takes Us’ is offering.

It’s a subtle but important difference.

It’s also a difficult balancing act to get right and yet another skill-set we film makers now need to master.

And if you want to see my attempt at a sales page, check out the one I built over the weekend for ‘Gone Fishing’.

The complete guide to UK film distribution for indie filmmakers
How I Got My Feature Film On Amazon Prime and How Much I have Made
Are you a digital native or a digital immigrant?
I promise you, World Record Breaking film ’50 Kisses’ is going to be MASSIVE in Birmingham...
A great example of a Crowd Funding campaign email…
More Important than YouTube, Canon 5D MkII and Vimeo..? Get Ready For A Film Makers GAMECHANGER in 2011…
Selling Your Film From Your Webpage With DynamoPlayer… How Did We Do In Our First Week?

5 Responses to Are you ‘selling’ your film or ‘offering’ it? DynamoPlayer, real world case study…