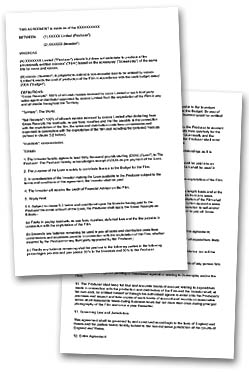 The Guerilla Filmmakers Masterclass 'Fizzled with energy and passion for filmmaking'
Final Feedback from 10 year old Guerilla Filmmaker Holly Jacobson!
Dragons, Reapers and Guerilla Filmmaking: Turning Writer to Director With My First Short ‘...
One filmmakers success story - crowdfunding, crewing and Cannes at the Guerilla Filmmakers...
5 Ways To Get Top Talent Attached To Your Screenplay by JK Amalou
Art or exploitation? Reportage or opinion? Right or wrong?
They have won Oscars and Sundance, made over 100 features and REGULARLY hire first time writers and directors… YOU NEED TO MEET THEM!