PLEASE FORWARD THIS EMAIL / LINK TO EVERY FILM MAKER YOU KNOW...

A one day workshop with two of the biggest names in US Indie Film, Ted Hope and Christine Vachon.

OK yes, we know, it’s SHORT notice. And yes it’s also on the same weekend as our Comedy Writers Festival, BUT, we have a once in a lifetime opportunity to make this happen.

This is an allignment of the stars kind of deal!

That’s why we have teamed up with Shooting People to push this event far and wide. And why we have fought tooth and nail to keep the ticket price as low as possible too.

EVERY film maker should have the chace to meet and listen to Ted and Christine… Sign up now with the early bird discount and get your ticket for £47!

Ted and Christine produce movies that routinely make stacks of cash, that win tons of awards, and launch the careers of film makers just like you.

Together they have produced over 100 movies. It’s a list that reads like an Indie film makers DVD collection! 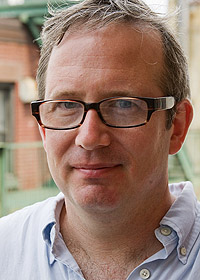 Ted Hope
…is a visionary that is transforming the film industry, giving REAL breaks to new talent, challenging convention and getting movies made that make money and launch careers… That’s what they were saying about Ted in the nineties! And it’s even more relevant twenty years later!

Why you need to listen to Ted

Longer bio here (and IMDB credit list here, check it out you wont believe how many movies he has produced) 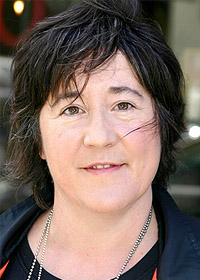 Christine Vachon
…is a straight shooting, tough talking film producer whose credits speaks for themselves. Like Ted, she has launched numerous careers, taking big risks with new talent and telling difficult stories.

Why you need to listen to Christine

And seriously… check out her IMDB!

Ted and Christine know more about indie film making than pretty much anyone else on the planet. If you future is in indie film, you cannot afford to miss this event.

Time is short, ticket prices are low and the opportunities are ENORMOUS! Please retweet, link and blog the hell out of this once only opportunity.

FREE online seminar, 'Making Web Based Comedy and Films' with the Misery Bear Team
Oscar winning Producer Gareth Unwin and Oscar winning writer David Seidler: The Kings Spee...
Nine personal and shocking experiences that reflect the terrible underbelly of SOME film f...
Tomorrow I Fly Out To Finland for the Tampere Film Festival, and maybe the Northern Lights
Canon 5D MkII versus Film in the real world… the result?
Free film makers contracts, release forms and paperwork for your production
Top Ten Tips For Making A Contract, a Film Makers and Producers Guide