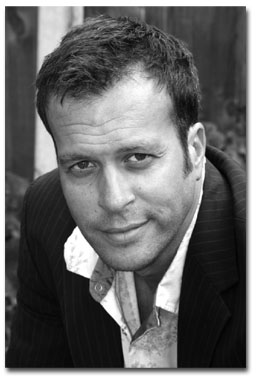 UPDATE – With 1 hour to go, John reached his goal! Thanks to everyone who contributed.

Actor and Producer John Schwab has always been a great supporter of everything I have done. And he was one of the very first contributors to Gone Fishing. And so when I got this email from him today about his short film that closes its crowd funding campaign today, I felt compelled to share it. Here’s what John said…

‘We have embarked on a new film project, one that sends tingles down our collective spines. http://www.crowdfunder.co.uk/investment/beast-126

Christopher Granier-Deferre (producing partner at poisson rouge pictures) has just shot his debut short film as a director (he says it’s his destiny, we say about time, his wife says mid-life crisis!).

As we’re going to produce his first feature, we decided that it would be a good idea to show his prowess by directing a short film…you know…just to limber him up a bit. Feel the pain. Make him sweat. Give him a taste of his own medicine… Can you tell we’re enjoying this? 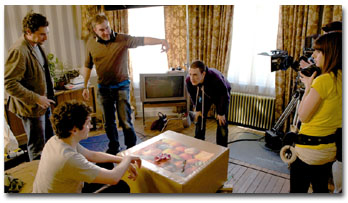 Beast is a terrific and twisted tale of a landlord, his lodger and a cruel joke that goes horribly wrong. It is a thrilling two-hander.  Our leads are Jack Fox and Edmund Kingsley (google them – tell me honestly you’re not impressed I dare you!), two brilliant young actors that we know are going to produce incredible performances.

This is going to be one of the most important short films we will ever make.

And this is where you come in.  We are reaching out to you to help make this possible by supporting us financially.  We are aiming to raise $4000 (£2500 to those in our adopted country) to finish this short film… the edit, grade, music recording just to name a few… and if we can raise more, then even better. We will use it for festival submissions, paying for DVD’s and prints and…YES…our BIFA, BAFTA and OSCAR campaigns. We are aiming high people, and we are rallying the troops.

We know many of you will be donating to those running the London marathon. Something that neither of us are doing this year. So consider this our marathon. It has definitely felt like we hit “the wall” a couple of times on this journey. Put it this way…we are your charity case.  Think of us as a good cause! It makes perfect sense.

Also, we know some of you haven’t been able to have a pint or two with either of us, as we haven’t seen each other in a while. Some of you live in America, Japan, hell…even Canada.  We would ask you to buy us a round of virtual beers, cocktail, bottle of wine, or even a bottle of champagne if you can or feel so inclined.  Any amount will help.

If we don’t raise the desired amount, your money will be refunded. We will still complete the film, but production values in post will not be as high as we would like to see in order for “Beast” to stand out amongst other short films. And we will not be able to submit to as many festivals to get the exposure needed for our major awards campaigns.  Just to reiterate… we are going for an OSCAR!   Every penny we raise over our desired amount will be plowed right back into festival submissions, marketing and DVD screeners to raise the profile of “Beast” and get it seen by as many people as possible.

We know what you’re asking yourself right at this moment: “What’s in it for me?!”

For everyone that donates, we will be doing a raffle prize draw which includes the following prizes:

Signed puzzle that appears in the film by the creative team (as above, plus producers and Heads of Departments)

Signed Poster of the film by the creative team.

To donate click on the link below, register (which only takes a few seconds, AND YOU WON’T GET SPAM MAIL).

The warmest of warm regards,

Thanks Jon and good luck today. This is a GREAT example of a Crowd Funding invitation to contribute. And we will be discussing more ways to entice people to get involved through crowdfunding on The Guerilla Film Makers Masterclass on June 4th and 5th in London. (remember blog readers get a £60 discount by using the discount code CHRISJONESBLOG)

Lessons Learned On A DSLR Drama Shoot... Day 2 Wraps
Five Important Lessons that I used on my feature film 'The Journey'
Short Films on the film festival circuit, a view from one film maker... Chasing Cotards
An actors guide to producing: Cast yourself in the lead role
Demystifying Distribution: Real World New Distro Case Study Strategy and Tactics