By Chris Jones on May 20, 2011 in Hollywood, Inspiration, Screenings, Screenplay 0 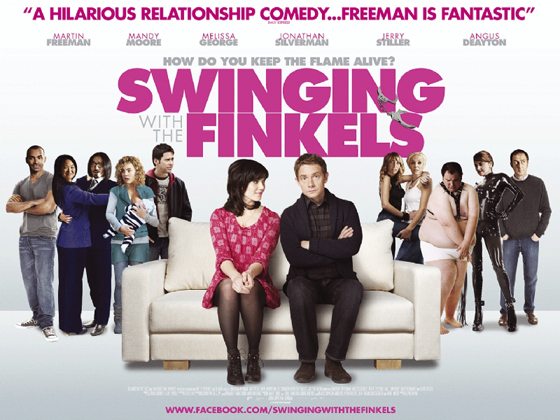 Then on Saturday June 18th, at the Apollo Cinema, watch the movie (on the weekend of its 200 screen release), followed by a 2 hour seminar with Writer/Director Jonathan Newman.

Finally, we all head off to the pub for networking drinks.

We have run many Script To Screen events over the last few years, but this promises to be the best yet. Why? Because you will get unparalleled access to the story, scripts, paperwork and crew involved in the making of ‘Swinging With The Finkels’ a RomCom from Brit film maker Jonny Newman.

Produced by Deepak Nayer, the man behind hugely successful Brit pics ‘Bend It Like Beckham’ and ‘Bride & Prejudice’; ‘Swinging With The Finkels’ begins where ‘When Harry Met Sally’ left off, telling the story of what happens to couples after they get married, the dust has settled, the boredom sets in and the problems begin.

Three years ago, Jonny Newman made a short film called ‘Sex With The Finkels’ and just one year later he was on set shooting the feature length version with Martin Freeman and Mandy Moore.

Jonny’s story is proof positive that aspiring film makers can make a short film, can use it to attract the attention of prolific Producers and can get their features made as a result. 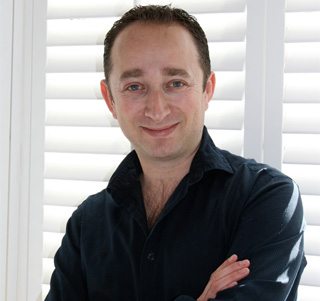 Immediately after the screening of ‘Swinging With The Finkels’ Jonny and I will have an on stage indepth Film Maker’s Q&A.  Like the sessions we held for ‘Exam’, ‘Dead Wood’ and ‘Death At A Funeral’. These are not just consumer Q&A sessions on DVD chat tracks, they are more like intense creative and practical autopsies designed to give you an intimate insight into just how the film makers conceived the project, wrote the script, got it funded, produced, completed and finally got it distributed successfully.

Sign up now and you’ll immediately receive a pile of stuff for you to go through before the screening to ensure that you’re prepped and ready with your questions. This exclusive package includes:

See the entire evolution of the script from first to final draft and compare both with the completed film – an experience we can guarantee will change the way you look at and shape your own scripts in the future.

Other key areas where YOU can learn from Jonny’s experiences will include:

• The true value of writing, funding and directing a short. And how to use your shorts to move to the next level in your career.

• Insight into the development process and collaborating with producers to make your script a commercially viable, attractive to investors and actors while maintaining your original vision.

• The power of a killer cast – how to write characters that can attract bankable actors.  Plus how to get to those actors, seduce them into a commitment and get the most out of them once you’ve got them in front of your camera.

• Plus lots of tips, tricks and advice about how to rapidly move up the film making ladder.  And, of course, there will be plenty of time for your questions too.

Plus (as if all that weren’t enough!), after the event we will all reconvene at a nearby pub for an impromptu networking session where you can mix, mingle and throw back a drink or two with Jonny, Chris, the rest of the team, plus over 100 eager beaver film makers like yourselves.

Finally, you’ll also be providing invaluable support to British Independent Film Makers too by helping Jonny hit the cinema ‘house nut’ which should help secure a second week in the cinema! Every ticket we sell includes us BUYING a ticket from the Empire, adding to the films actual box office.

Ticket Price is £19.99 which includes one cinema ticket, the Q&A plus all the goodies listed above.

We are looking forward to another amazing event from the team behind The Guerilla Film Makers Handbooks and The London Screenwriters’ Festival! Sign up now.

10 Mistakes People Make Writing and Working In Television
Why do we do what we do? Unlocking the genesis of the Creative Muscle, Mind and Heart
Rocketboy rewrite begins
Rocketboy redraft complete and the art of minimalism
Meet Jonathan Newman, writer and director of ‘Swinging With The Finkels’, inspiring Q&...

Why costume, makeup and production design is so important to your film
Failing to plan is planning to fail… Film making success lies in pre-production