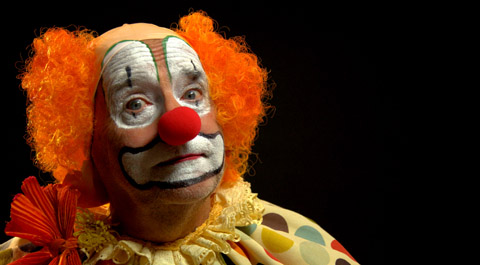 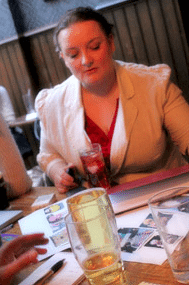 I wrote an article a while ago about my crowd funding experience as a backer of projects here so when I offered to become a producer of Clowning Around a short film project written and directed by my friend Damien Cullen, and that we were going to need to raise funding to, we approached the idea of crowd funding with all seriousness to make it the best and most collaborative experience for our backers and a film that all of us together (because the bakers make these things happen as much as we do) could be hugely proud of.
The story of Clowning Around is bittersweet. It’s a clown showdown about Bonzo, a traditional clown who must fight his way back from insecurity and alcoholism and beat his rival, Mr Fernelli to regain his position as the best clown in town. But as he sets on his path his addiction haunts him at every turn.
The first thing Damien did was to get the right people in place. The script was being developed throughout the approach to funding and many people read and gave feedback on it, both those working on the project and those just wanting to support us in seeing it made. We have an incredible team. And I think, in some cases quite by chance, nearly everyone involved so far has worked with someone else involved on the project already, so the project already has a kind of family feel to it.
We wanted to extend that to our backers and make the project inclusive so we’ve created an online community forum http://www.clowningaroundfilm.com/community/ to put behind the scenes information, video diaries, and other content that will show the backers what we’re doing at every step, allow them to interact with us and so we can get to know who they are and take an interest in what they are doing too. Everyone who backs the project will get that interaction whether it’s a $1 or $200 we are so appreciative of anyone who backs our campaign and we need to be because the networks we are reaching out into are people we have spent time building a connection with outside of our film projects, and we want them to continue respecting us.
We spent quite some time with key crew designing the look of the characters, getting make-up and fully costuming them before we got any funding so that we could show people the calibre of film we were hoping to create. We shot the crowd funding video www.indiegogo.com/clowningaroundfilm at the stills shoot to show our crew at work and our main cast clothed and made up in character. Although it was a lot of work in people’s spare time it’s been great for the film project to get some of the ideas for character design nailed down and we have some stunning photographs of our four main actors and lots of ideas from our Heads of Department about how to maximise the calibre of the film, building always on our incredibly strong core story. We believe that for the some £4000 ($7500 less indiegogo fees) we hope to produce a film that looks like it cost £40K to make. It’s daunting to say that in writing and hold ourselves to delivering but I have such belief in our team and the sheer heart and soul they put into all their work that I’m prepared to put my reputation on the line and I know that we are going to create something worthy.
We just wanted the backers to have both fun and useful perks so we’re having comics created by artist Phoenix Ryte, planning lots of behind the scenes extras both filmed and documented in book form right through from project inception to the end of post production an on through marketing, DVD’s, A swish BAFTA Premiere in London (or live online screening with Q&A for those too far away), free Screenplay analysis, photographs, posters and an array of credits. All of it designed to include people in the project, not just expect them to hand over their money and forget about it. We didn’t want to take without giving a lot in return. We’ve got a whole bunch of varying levels of producer attached who have been helping us with the building bricks to put everything together. Each step has taught us something good. 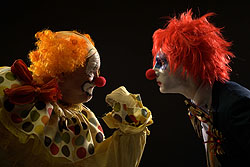 How To Fund A Film... what our delegates got from it.
Gone Fishing Update
The Top FIVE Steps To Getting Your Film Funded
How to Speed Up Your Cultural Test When Applying For The UK Film Tax Credit
More Cash and Crewing!
Six Lessons I Learned Making My First Feature